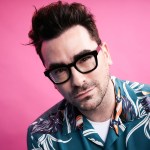 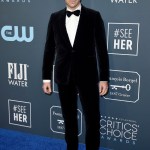 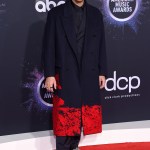 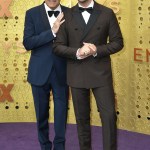 Dan Levy is going to be one of the shining stars of the 2020 Emmys. Dan has become a huge star since ‘Schitt’s Creek’ premiered, and he’s one of Hollywood’s best talents on and off camera.

Everyone’s talking about Dan Levy! The 37-year-old Schitt’s Creek star is up for a slew of 2020 Emmys following the incredible final season of Schitt’s Creek. The comedy series has made Dan Levy a household name. He’s following in dad Eugene Levy’s footsteps when it comes to Hollywood success, and Eugene, 73, has been by his son’s side for some of the most pivotal moments so far. HollywoodLife has rounded up 5 key things you need to know about Dan.

1. Dan and his dad, Eugene Levy, co-created Schitt’s Creek. Dan was inspired to create the show after watching reality TV. He told Out.com that he wanted to focus on “what would happen if one of these wealthy families would lose everything. Would the Kardashians still be the Kardashians without their money?” He went to his father with this idea and it “grew legs” from there. Dan and Eugene had never worked together before Schitt’s Creek. Eugene was the one to come up with the show’s title! Schitt’s Creek premiered in 2015 and has become a worldwide phenomenon. Dan played David Rose on the show, while Eugene played Johnny Rose.

3. He is openly gay. Dan revealed how he came out to his parents at 18 on WWHL, and Eugene admitted that he and his wife, Deborah Divine, knew their son was gay before he told them himself. “I believe it was mom who just actually said, ‘OK, are you gay?'” Eugene explained. Dan added, “She did. My mom asked me over for lunch one day and I said, ‘Yes.’ She almost knew. My mom and I have a very close relationship in that sense and it almost felt like she knew that I was ready.” Eugene said that he and Deborah “knew for the longest time,” and they “were waiting [for Dan to come out] and then mom couldn’t wait any longer.”

4. Dan has also been a TV show host. He was one of the original co-hosts of MTV Canada’s MTV Live. He also co-hosted the first two seasons of The Great Canadian Baking Show. In addition to Schitt’s Creek, Dan notably had a 4-episode arc on Degrassi: The Next Generation.

5. He has his own eyewear line. His line is called D.L. Eyewear. The eyewear was featured on Schitt’s Creek. Dan, Eugene, and Catherine O’Hara have all worn the D.L. Eyewear frames on the show.