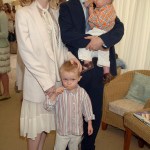 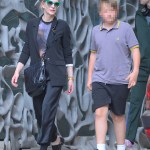 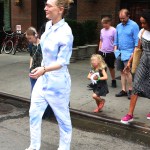 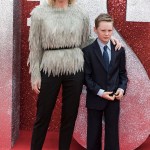 Cate Blanchett is the proud mother of four children, including Dashiel, Roman, Ignatius, and Edith. Find out more about them here.

Actress and two-time Oscar winner Cate Blanchett, 52, is not only a powerful woman on stage and screen, but an adoring mother at home. The Australian actress, well known for her character-driven, singular performances, has been married to Australian writer-producer-playwright Andrew Upton for over 23 years, and shares four children with the 55-year-old. Their family includes three boys, Dashiel, 20, Roman, 17, Ignatius, 13, and a girl, Edith, 7,

Unlike her Miss America character, Phyllis Schlafly, an anti-feminist conservative, Cate has defined herself as a “working mother who identifies as a feminist,” per Oprah Daily, sharing how it’s a “constant juggle between following your personal, professional passion and trying to give yourself over to and serve your family.”

As far as raising a family, Cate and Andrew seem to be doing a pretty great job. Find out more about their kids, from oldest to youngest below. 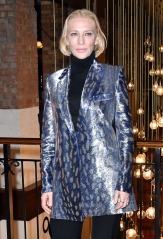 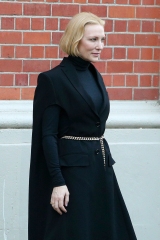 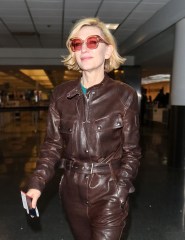 Dashiel, the oldest of Cate and Andrew’s brood, was born December 3, 2001. Although the couple likes to keep things low-key with their family for the sake of privacy, Cate recently opened up about Dashiel’s going off to film school on a May 2020 episode of A Podcast of One’s Own with Julia Gillard, although she didn’t reveal where he would be attending.

“Sometimes I get asked what is the most difficult thing for a parent,” she was quoted by Film News. “I think it’s letting them go, being able to do it […] It is difficult to break away, very difficult, but I am so proud of my son. Of all of my kids, to be honest.”

The second eldest in the Blanchett-Upton clan is Roman, who was born April 23, 2004. Although the family mostly opts for privacy, the 17-year-old has been seen out with his mom on several red carpet occasions, making an appearance at the Critic’s Choice Awards back in 2014 as well as the  2018 SIHH trade show in Geneva, Switzerland, reported the Daily Mail.

Cate discussed the thought process behind her kids’ names during a 2020 appearance on Jimmy Kimmel Live!, revealing that Roman’s name was inspired by the filmmaker Roman Polanski, causing some to raise eyebrows, considering the director’s convictions as a child sex offender. Cate then noted that it was “also the French word for book,” reported People, steering away from the potential drama around the associations with the name.

Born on April 13, 2008, Ignatius — or “Iggy” — is Cate and Andrew’s youngest son. In that same interview with Jimmy Kimmel, Cate revealed that her son’s name came from the popular children’s novel series Captain Underpants, revealing that she and husband Andrew had “ran out of ideas.” The Blue Jasmine star shared that one character in the book, Professor Pee-Pee Poopypants, stood out to her during her third pregnancy, causing her to make some considerations for naming her next baby.

“I was eight months pregnant and hallucinating, and there’s a section in the book where he gets so upset that everyone teases him because his name is Professor Pee-Pee Poopypants that he forces the world to change their names,” she explained. “They have this interior code, and they give these examples of names. You go down to ‘I’ and the example is Ignatius. It was like the Virgin Mary going ‘Boom!’”

After giving birth to three boys, Cate and Andrew decided they wanted to adopt. In March 2015, they adopted a newborn baby girl and named her Edith. During a 2015 conversation with Women in the World’s Tina Brown, Cate revealed that she and Andrew “actually began the conversation a very long time ago” after Dashiel was born. SHe added, “And then we just had two other children and it sort of dropped off the radar,” via Daily Mail.

“There are a lot of children out there who don’t have the good fortune that our biological children do, so it’s wonderful to welcome a little girl into our fold—we’re besotted,” she also told Australian outlet Sky News, via Today’s Parent.