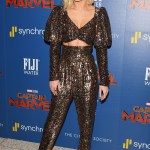 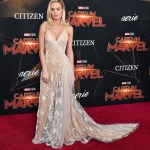 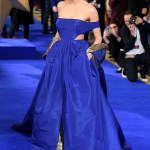 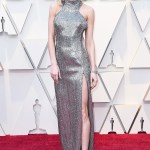 Brie Larson has worn striking looks at the ‘Captain Marvel’ premieres, but they aren’t the only times she’s proven she has superhero style powers. We’ve rounded up her best red carpet looks here!

Brie Larson just made history. Captain Marvel hit theaters today, March 8, making the 29-year-old actress the first woman to lead a Marvel superhero film. But this isn’t Larson’s first incredible feat – she has an Oscar for Pete’s sake! – so it’s no surprise that Captain Marvel‘s press tour wasn’t the first time we saw her as a style icon. Yes, she’s a superhero and a style hero, and her otherworldly fashion sense definitely deserves some recognition.

Larson has worn incredible looks to basically every major event you can think of. The Oscars? Check. The Met Ball? Check. Her own film premieres? Check, check and check. The star of The Room really brought her A-game while promoting Captain Marvel, arriving at the first premiere in London in a gorgeous custom gown by Valentino. The off-the-shoulder dress was fit for a superhero thanks to its bold cobalt blue color and gold-lined cape. She paired her look with Christian Louboutin heels for the event on Feb. 27.

The Los Angeles premiere on March 4 saw a similarly stunning look, but was definitely a softer take on superhero style. Larson looked glamorous in a custom cream Rodarte dress that featured a sheer overlay with white stars embellished on it. She topped off her ensemble with star earrings and strappy silver heels. While we’re obsessed with Larson’s superhero styles, she’s worn some pretty incredible looks in the past that deserve just as much attention. Head up to the gallery above to see her fiercest red carpet looks of all-time!