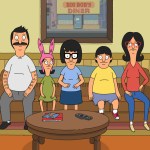 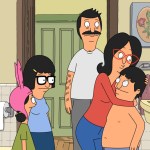 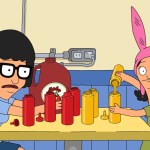 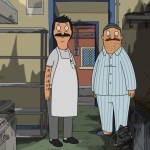 Are you ready to take a big, juicy bite out of some big-screen burger goodness? Bob, Linda, Tina, Gene, Louise – and the rest of the gang – will be part of the ‘Bob Burgers’ movie. Here’s what we know so far.

It’s almost time to trim your mustache, finish up your latest awkward fan fiction (we see you, Tina), and order the special of the day. After much delay, The Bob’s Burger Movie is almost here! A big-screen feature film based on the Fox animated television sitcom has been in the works for years, and the wait is almost over. As we prepare to see what the Belcher family and the rest of Ocean Avenue get up to, here’s what we know about the movie.

The Bob’s Burgers Movie is currently set for a May 27, 2022, theatrical release. Currently, it’s only set for a theatrical run and won’t have a “same-day” streaming premiere, like other films in the past.

Of course, that can all change in the months leading up to the premiere if a new variant of the COVID-19 coronavirus appears. But, as of now, it’s set to hit the theatres first. After that, when it’s available on-demand, it will go to HBO Max, as 20th Century Studio still has a deal with that platform that was made before Disney acquired it. Said deal will expire at the end of 2022, meaning that all Bob’s Burgers content will either migrate over to Hulu or Disney+ (per Collider). As of December 2021, all of Bob’s Burgers is available on Hulu in the U.S. (and on Disney+ for those in countries without Hulu.)

As of December 2021, there isn’t a trailer out (Update: a trailer dropped Jan. 11). However, series creator (and the film’s director) Loren Bouchard hinted during San Diego Comic-Con 2021 that it was coming. “We’re going to be in theaters – that’s my pledge,” he said, per Deadline. “I think really soon, we’re going to start releasing trailers, art, clips, all the little things that are such a pleasure for us to release into the world.”

Fans of the show can rest easy: the cast from the television show is on board, meaning everyone reprises their roles for the movie. H. Jon Benjamin – the voice actor superstar whose work has made Archer, Home Movies, Science Court, Dr. Katz, and Lucy, The Daughter of the Devil beloved series – will return at Bob Belcher. John Roberts will voice Bob’s wife, Linda, and Dan Mintz will voice their awkward eldest child, Tina. Eugene Mirman will again be Gene Belcher, the musically-inclined goofball middle child, and Kristen Schaal will return as Louise, the youngest Belcher child (and arguably, the most dangerous.)

In addition to the Belcher family, Larry Murphy will voice Teddy, the family friend, and loyal customer to Bob’s restaurant. Sam Seder tweeted in June 2021 that Bob’s nemesis, Hugo, the health inspector, will also have a cameo in the film (h/t Collider).

“We’ve started recording the audio as best as we can,” H. Jon Benjamin told Observer in 2020. “Everybody’s working from home, but I know they’ve created animatics for a lot of it. So far, I’ve logged four or five sessions and done a first pass for the movie. I think it’s on track to be released in the spring, but I don’t know if it’s going to stay that way. They’re working on it aggressively now, as best as they can.”

What is ‘The Bob’s Burger’s Movie’ About?

Update: 1/10/22: “The story begins when a ruptured water main creates an enormous sinkhole right in front of Bob’s Burgers, blocking the entrance indefinitely and ruining the Belchers’ plans for a successful summer,” goes the official 20th Century page for the movie. “While Bob and Linda struggle to keep the business afloat, the kids try to solve a mystery that could save their family’s restaurant. As the dangers mount, these underdogs help each other find hope and fight to get back behind the counter, where they belong.”

The Bob’s Burgers Movie will also finally answer one of the biggest unanswered questions of the series: why does Louise always wear pink bunny ears? In February 2019, Loren Bouchard tweeted that the movie would explain that, and in 2018, he gave some more info to Entertainment Weekly. “We need to tell a big story, and we’re very interested in getting to some emotional places,” Bouchard said. “We do want to get to some real feels and some backstory and especially look a little bit at why Louise wears the hat and using that as a way to look at a bunch of things.”

“We want it to be a gorgeous experience for your ears as well as your eyes,” he added. During the 2021 San Diego Comic-Con, per Deadline, Loren said that the film would be a “musical, comedy, mystery, adventure and a kind of coming-of-age story… the movie is where we will leave it all out on the field. “I can guarantee it will be the best movie we could possibly make. We are leaving no stone unturned.”

The movie may also have one of the best film soundtracks of the year. The series has featured some incredible songs over the years (check out any songs tagged #bobsburgers on TikTok to see.) In 2017, Sub Pop released a 112-song soundtrack that featured Cyndi Lauper, The National, and St. Vincent, along with the rest of the cast singing some of the show’s iconic songs. (“Weekend At Mort’s” is still a bop.)

“We’re thrilled to be invited to bring Bob’s Burgers to the big screen,” Loren Bouchard said in a statement, per Deadline. “We know the movie has to scratch every itch the fans of the show have ever had, but it also has to work for all the good people who’ve never seen the show. We also know it has to fill every inch of the screen with the colors and the sounds and the ever so slightly greasy texture of the world of Bob’s – but most of all, it has to take our characters on an epic adventure. In other words, it has to be the best movie ever made. But no pressure, right?”

Since then, the world has changed. The Walt Disney Company purchased 20th Century Studios by acquiring 21st Century Fox in 2019. The movie was briefly taken off the release schedule before being put back on, per Collider, which was attributed to a clerical error.

Then, the COVID-19 pandemic hit, causing the film to go through a series of release dates. First, it was pushed back to April 9, 2021. Then, at the start of 2021, it was taken back off of the release schedule, but Bouchard said production was still underway. On September 10, 2021, the final (hopefully!) release date was revealed: May 27, 2022.

Fans will also be glad to know that the film will retain Bob’s Burger’s traditional 2D animation style. Instagram posts from Dan Mintz and Larry Murphy have shown stills from the film, and it’s not 3D.

What About The Show?

Will The Bob’s Burgers Movie signal the show’s end, acting as a theatrical series finale?

Nope. Bob’s Burgers was given a two-season renewal in September 2020, ensuring that seasons 12 and 13 would continue on Fox. Season 12 of Bob’s Burgers began airing in September 2021, and the show will continue well into 2022 and beyond. Considering that The Simpsons were also renewed for seasons 31 and 32 – and Family Guy was given the green light for seasons 19 and 20 – it’s likely that the Belchers will be with us for a long time.