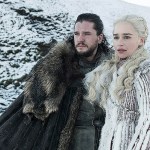 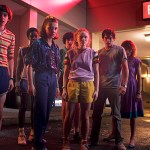 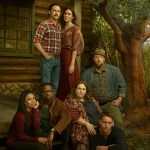 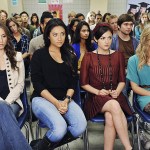 The 2010s are coming to an end and the past decade has been full of game-changing TV shows. From epic series like ‘Game of Thrones’ and ‘Stranger Things’ to social media powerhouses, these are the biggest TV shows of the decade.

Let’s be real, there have been a lot of shows that have premiered in the 2010s. At the beginning of the decade, networks still dominated television and streaming was only just beginning to rise. Over the course of the 2010s, streaming services have exploded, giving us more TV content than ever before. Many television shows that premiered in the earlier part of the decade have come to an end already, but their impact will be felt for a very long time.

Game of Thrones premiered in 2011 and became a cultural phenomenon. The show, based on George R. R. Martin’s bestselling book series, continued to grow season after season. Without a doubt, Game of Thrones was the most talked-about show of the decade, dominating social media week after week. The series took epic to a whole new level and made audiences expect more from television. No one did epic quite like Game of Thrones in the 2010s. Regardless of how you felt about the final season, Game of Thrones was one of the top shows of the decade.

Netflix has become a TV juggernaut over the course of the decade and its most massive show to date is Stranger Things. The sci-fi series centering around a group of kids from Hawkins, Indiana, and a mysterious girl with incredible powers and a love for Eggos is one of the defining shows of the decade. Stranger Things has made superstars out of its young and talented cast like Millie Bobby Brown, Finn Wolfhard, Noah Schnapp, Caleb McLaughlin, Gaten Matarazzo, Sadie Sink, Joe Keery, Natalia Dyer, and Charlie Heaton, as well as giving us more reasons to love Winona Ryder and David Harbour. Netflix reported just days after season 3 premiered on July 4, 2019, that the show had been watched by over 40 million households. The fourth season is expected to premiere in 2020 and we can’t wait to see where this show will take us.

In the midst fantasy epics and dark dramas, there were still shows like This Is Us that became part of the conversation in this decade. This Is Us premiered in 2016 and became an instant hit. The show touched us all with its emphasis on the power of family throughout generations. The show is currently in season 4 and the Pearsons feel like our neighbors. This Is Us has had a meteoric rise that no one could have expected. The show got the coveted post-Super Bowl slot in 2018 and revealed just how the beloved Jack Pearson died in its biggest and most emotional episode to date.