Jason Momoa is returning to Atlantis in ‘Aquaman and the Lost Kingdom.’ Here’s everything to know about DCEU’s upcoming sequel film.

Aquaman was just too good to not get a sequel. Jason Momoa, 42, starred as Arthur Curry/Aquaman in 2018 DC Extended Universe movie, which has snagged a sequel coming out in 2022. Aquaman 2, officially titled Aquaman and the Lost Kingdom, is being produced by DC Comics and distributed by Warner Bros. It will continue the story of Momoa’s Aquaman, the leader of the underwater kingdom of Atlantis who first appeared in Batman v Superman: Dawn of Justice (2016) and Justice League (2017). Aquaman was released on December 21, 2018, and received praise from fans and critics alike and grossed over $1 billion worldwide.

Ideas of an Aquaman sequel came while the first movie was shooting. Jason made it clear he was onboard with playing the underwater superhero again. In February 2019, Warner Bros. kicked off plans to write the sequel’s script, and over a year later, James Wan officially signed on as director once again. Soon after, Jason and more returning cast members officially joined the movie, while other newcomers were cast. The highly-anticipated movie has since wrapped filming, and while plot details have been kept largely under wraps, fans are counting down until Aquaman 2 swims in theaters.

Production on Aquaman and the Lost Kingdom began in June 2021. Filming took place in London and officially wrapped in December 2021. Jason posted an Instagram video the day before filming began and said, “I am finally in England. It is sunny out, it’s amazing. I’m gonna start Aquaman 2 tomorrow.” He also noted that his hair would be changed from brown to blonde for the role. Even before production began, Warner Bros. gave Aquaman and the Lost Kingdom a December 16, 2022 release date. The COVID-19 pandemic has not altered those plans, which means Aquaman 2 is still slated to arrive in theaters just before Christmas 2022. 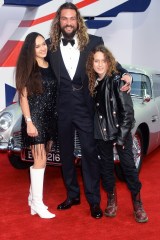 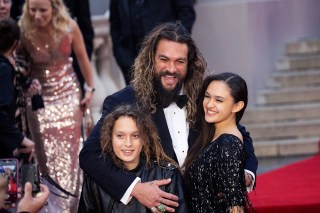 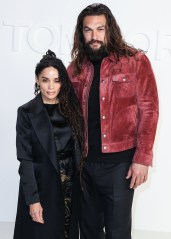 As mentioned before, Jason will be back as Arthur Curry/Aquaman for the sequel film. Amber Heard, 35, will also be back as Mera, Aquaman’s love-interest. There were rumors Amber wouldn’t be cast in the film due to her domestic abuse allegations against ex-husband Johnny Depp. A petition was even launched to remove Amber from Aquaman 2, and as of the time of publishing, it has over 1 million signatures. However, Amber officially confirmed in November 2020 she’d be playing Mera again once the movie starts filming.

Some new characters will be introduced in Aquaman and the Lost Kingdom. Vincent Regan will play Atman, the first king of Atlantis. Jani Zhao joins the film as Stingray, while Indya Moore will play Karshon. Game of Thrones alum Pilou Asbæk has also been cast in an undisclosed role. James Wan directed the film, while the screenplay was by David Leslie Johnson-McGoldrick.

In true DCEU nature, not much is known about Aquaman 2. Warner Bros. has yet to drop the full trailer, so fans have little information on what will happen in the sequel. At the 2020 DC FanDome panel, James Wan said that Aquaman 2 is “a little bit more serious” than the first movie and “a little bit more relevant to the world we’re living in today.” A year later, at the 2021 DC FanDome panel, Warner Bros. released some concept art and behind-the-scenes footage from the film. James Wan said at the event, “Black Manta is still seeking his vengeance to try and kill Aquaman. That’s going to be very exciting for the audience. It’s a globetrotting story. We visit so many different worlds. This movie isn’t afraid to embrace its fantasy.” Jason spoke at the event as well and said he has “so much invested” in the sequel. “I love this character. I love what it represents,” he said.

There were plans to expand the Aquaman world with a spinoff called The Trench. The project was in development in early 2019 and was supposed to focus on the amphibious monsters that Arthur and Mera fought in the first movie, according to Collider. But in April 2021, Warner Bros. opted not to move further with The Trench, though the company did say that the spinoff project could “move forward in the future.”