Cheryl Burke, 38, seemed to have a message for her ex, Matthew Lawrence, 42, after he went public with Rozonda “Chilli” Thomas, 51, on Jan. 3. “That was fast,” Cheryl wrote on her Instagram Story, just hours after Matthew and Chilli confirmed that they were “exclusively” dating. Cheryl and Matthew split at the beginning of 2022 after three years of marriage, and their divorce was finalized in September. 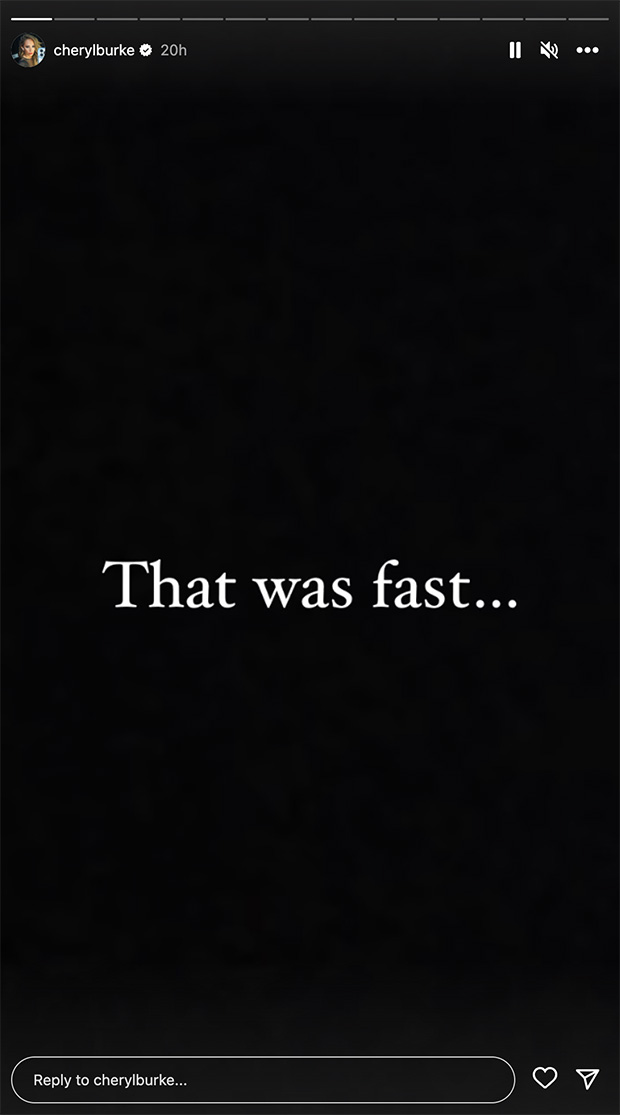 Meanwhile, Matthew and Chilli, who have been friends for years, first sparked romance rumors back in August when they were photographed in Hawaii together. A rep for Chilli confirmed the relationship in early January, and revealed that they became exclusive ahead of Thanksgiving. “I’ve never seen her this in love,” Chilli’s rep confirmed to Billboard. “She is glowing. They are really cute together.” The two went public on social media with a New Year’s Eve post, as well.

Matthew has been tight-lipped on his split from Cheryl since they parted ways nearly one year ago. The two were first started dating in 2007 after Matthew’s brother, Joey Lawrence, was partnered with Cheryl on Dancing With the Stars. Although the two split in 2008, they eventually reconciled and started dating again in 2017. They got engaged in May 2018, followed by a wedding one year later.

Cheryl has not discussed what happened with Matthew directly, but she has been very open about the process of healing that she’s gone through since their breakup. “My emotions are constantly up and down,” Cheryl admitted to Extra in May. “I’m sad every morning I wake up, I’m sad every time I go to bed at night. It’s really nothing to hide hear as far as, like, divorce sucks. I don’t recommend it, but at the end of the ay, it’s not like we didn’t try. I know we gave it a good shot.”

Heading into the New Year, Cheryl seems to be ready for her own new chapter, as well. “I made it through the year that did everything it could to try and break me and there were a lot of moments where I thought I would break, but HERE I AM,” she wrote on Instagram. “202 was a year filled with the most ups, downs and heartbreak that I have ever experienced, but I wouldn’t be who or where I am today without those life experiences. I’m eager to move forward, to no longer be defined by my past, and SO ready to start the next chapter of my life.”

Cheryl Burke: Photos Of The 'Dancing With The Stars' Pro