Kevin Atwater will always stand up for himself. After a case goes awry as Atwater tried to de-escalate the situation, a suspect ended up dead in the November 2 episode of Chicago P.D. The young suspect lunged for Atwater during a scuffle and ultimately pulled the trigger on the gun that killed him. Atwater was there for the suspect in his final moments.

The suspect’s family claimed that their son’s death was due to CPD incompetence and began to make false claims about Atwater. The father confronted Atwater at the station and vowed to destroy him, while the mother begged Atwater to reveal her son’s last words. 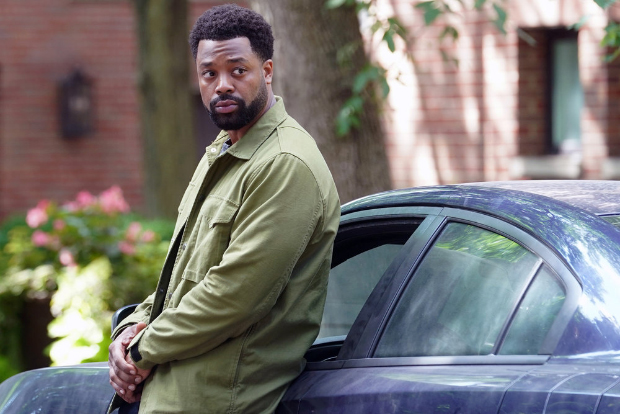 Atwater was asked to say this was a case of sympathetic reflex, but he refused. After he was cleared, Atwater gave the suspect’s mother the closure she needed. HollywoodLife spoke EXCLUSIVELY with Chicago P.D.’s LaRoyce Hawkins about that emotional moment for Atwater.

“What I loved about that moment is that it directly connected to our first moment in the episode where Atwater gives the speech about empathy and how important it is,” LaRoyce said. “Throughout the episode, up until that moment, every empathetic bone in his body is tested. I think that’s the ultimate sign of being able to really turn that corner. I think that was the ultimate sign of victory for Atwater. He won the empathetic battle between himself and everything outside of himself because he was able to answer her questions. He was able to be there for her. Her approach, which was very, very different from her husband’s, connected to Atwater in a way that I knew I had to fill in those gaps, and give that closure because that will be the most human thing to do.”

After the complications with this case, LaRoyce admitted that he’s “not sure how quick Atwater is to pull his gun out anymore if he doesn’t have to, you know?” He added, “I think an episode like this allows Atwater to shift into a space where it’s like, okay, I still want to serve, I still want to protect, I want to do my best to make sure that I can keep people safe. But imagine we just went back to the old-school way of just duking it out. Why we always got to pull out these guns, you know what I’m saying? I think a good old-fashioned a**-whooping can save the city.”

He continued, “If you had so many levels before we get to pulling out guns and actually having to fire. I can’t rightfully say that we will solve more cases, but we’ll definitely save more lives. That was the approach. What I liked about ‘Sympathetic Reflex’ is that it introduces us to a new way of reimagining policing. I think that’s what that Atwater represents.”

When HollywoodLife brought up how police reform is needed and necessary, LaRoyce was “grateful” to talk about the issue. “Gil Scott-Heron is one of my favorite poets, and he said the ‘revolution will not be televised.’ But I think through Atwater reformation will,” LaRoyce said. “I think reformation will be televised, and I think we have an opportunity with Chicago P.D., which I think we were growing better at it season by season, and not just unpacking certain issues but unlearning. I think reformation starts with unlearning things. ‘Sympathetic Reflex’ is a perfect example of what you need in order to navigate the system, which can be extremely dark and difficult.” 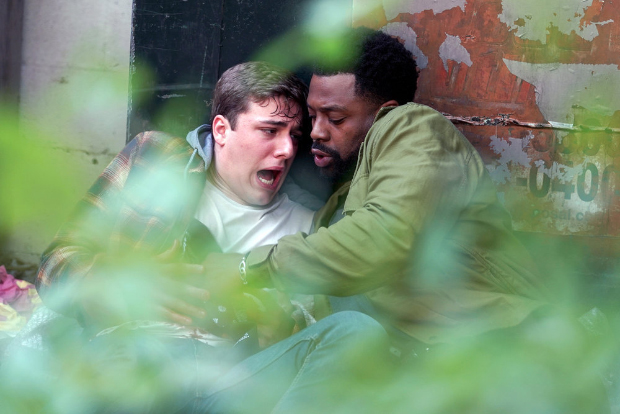 The actor also opened up about a moment from his past that continues to have an impact on him today. “I remember once when I lived in Harvey, I was detained and put in the paddy wagon for a few hours. I was just supposed to be outside taking out the garbage, and I won’t get into the details of how or why, but I did nothing wrong,” LaRoyce said. “I was running away from a crime scene because somebody’s house down the street from mine had just been robbed. To make a long story longer, by the time the police understood that it wasn’t me, and I was identified as Lamar’s big brother, who was the little homie I knew on the block, they knew that I wasn’t the one that robbed the house, even though I was coming from that direction. So it made perfect sense for them to lock me up and put me in a paddy wagon and ask me questions and do everything that they had to do.”

He continued, “But by the time I realized that it wasn’t me and they uncuffed me, the only thing that I asked for the officer to do was to walk me to my house and let my mama know where I had been for so long. He looked at me and said that he had to grab some paperwork out of the paddy wagon and said he’d meet me at the door. Believe it or not, this man U-turned and drove right away. Had my little brother not seen the lights and you could tell I had handcuffs taken off, my mom really only believed me for those couple of reasons. But imagine how growing up in Harvey why I didn’t trust the police because he couldn’t do something simple and just let my mom know that he made a mistake, that I’m a good kid, that he realized that they were wrong. Those are the references that I have when I approach things like that. Imagine if that police officer would have just walked me to my door and told my mom.” Chicago P.D. airs Wednesdays at 10 p.m. on NBC.