“Puerto Rico is an Island that loves and worships music,” MOTHS bassist Weslie Negrón tells HollywoodLife when discussing Space Force, the debut album from the Puerto Rican metal band. That love and worship felt throughout Space Force, as the band – lead guitarist Jonathan Miranda, rhythm guitarist Omar González, and drummer Daniel Figueroa – weaves together elements of progressive rock, stoner metal, doom, and psychedelia into one of the genre’s standout entries of the year. Bolstered by lyrics from Damaris Rodríguez — the vocalist who embarked on her own mission following the release of Space Force, giving way to new singer Mariel Viruet – Space Force is a cosmic joyride that defies classification the way a rocket defies gravity.

Yet, there is one common thread throughout the album. It’s passion. The love that the band’s native Puerto Rico has for music is undeniable on Space Force. “It doesn’t really matter where you go on the island,” Weslie tells HollywoodLife, “you will always listen to music and different genres and styles as well. Having said that, I believe that hunger for new music is what sparks everyone’s interest in different styles and subgenres, which eventually translates into their music. And Puerto Rico has been producing some really top-notch, quality metal since the late ’80s. We just need people to pay attention; they won’t be disappointed.”

For those curious as to which part of Space Force embodies their home the most, Weslie points to the third track on the alum. “I can say that maybe the ending of ‘Awake’ with that Latin Jazz part is probably the most Puerto Rican element that we have in this album. But aside from that, our overall passion for the music [and] being on stage of recorded can be perceived and, as I mentioned above, there’s barely anything else Puerto Ricans are more passionate about than music.”

In the following EXCLUSIVE interview, Weslie explains the origin behind the Space Force title, how this album represents the next step in the band’s evolution, and when stateside fans can expect to blast off with the band in person.

HollywoodLife: Space Force has been out for a few days now. How has the immediate reaction been to the album?

Weslie Negrón: It’s been amazing! We’re really overwhelmed and happy with the overall reaction to the album. I, personally, have always felt some sort of insecurity towards our music, not because I don’t believe in it, but mostly because we’re aware that it may not be everyone’s cup of tea, so when we see this kind of reaction to it, it’s very gratifying.

Why did you guys decide to name the album Space Force? The term has been one of ridicule – to where Netflix even did a comedy series called that. What inspired you to adopt this term and make a sick space prog-stoner rock anthem?

So, as I’m sure every other band out there does, we have initial names to all of our songs that end up being changed once the song is completely written. When we were writing the track, “Space Force,” it was around the same time that Trump made the speech about the new military branch opening. It was so bizarre and dumb that we joked that this song was going to be called “Space Force” until it wasn’t a joke anymore, and we decided that we were going to base not only the track but the whole album around this concept. The album is not a concept album, but we made sure to use space details on everything, from synths to the artwork. If you read the lyrics of the song, Damaris used some of the lines that Trump used in his speech as part of the lyrics for the song. It’s more of a satire than anything else, for sure. 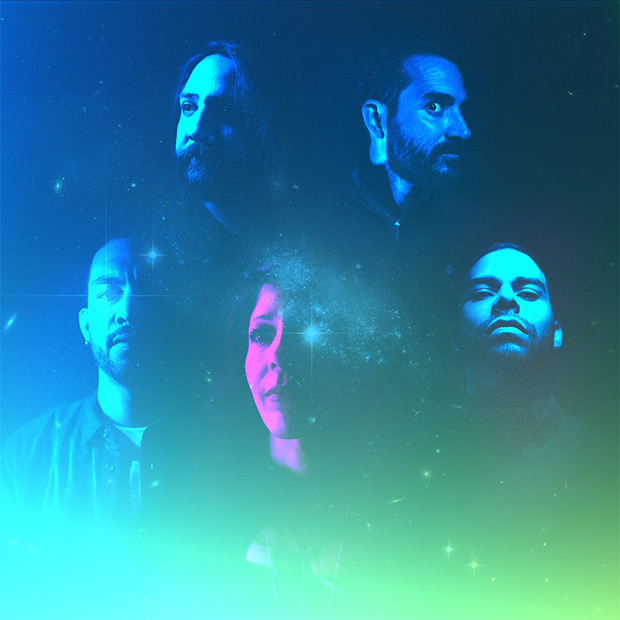 MOTHS (bassist Weslie Negrón, lead guitarist Jonathan Miranda, rhythm guitarist Omar González, and drummer Daniel Figueroa) with vocalist Damaris Rodríguez (Courtesy of MOTHS)It’s been said that Space Force represents your “maturity both lyrically and musically” since you adopted elements of prog into your music. What led to this “maturity”? What would you say has been the biggest growth in the band?

I think that maturity comes mainly because of the chemistry of the band. When we released our first EP, we had barely been playing for a year, and we had a different lineup back then. Being able to write these songs with a consistent lineup and getting to know each other musically was the main key for us to be able to approach this music and these tracks in the way we did. We’re also very open to everyone’s ideas in the band. We really don’t say “no” to anything that anyone brings. We pretty much try it, and, I believe, we’re also very self-aware when things don’t work. Being in different bands in the past, I think this is a sign of maturity since I know for a fact that not all bands have such a smooth process when writing music.

What would you say was the biggest challenge in making Space Force? Was there a song that took some extra work before it came together?

Honestly, it was such a smooth process that I don’t think I can point out any specific song being precisely hard to put together. I can say, though, that probably the hardest part was looking for the “perfect timing” to release the record. In Puerto Rico, we’ve had so many social issues that may have affected to the overall release of this album. On top of that, you have the pandemic that definitely delayed the recording process. But overall, it was a pretty smooth process, lots of patience, and I think it’s paying off. 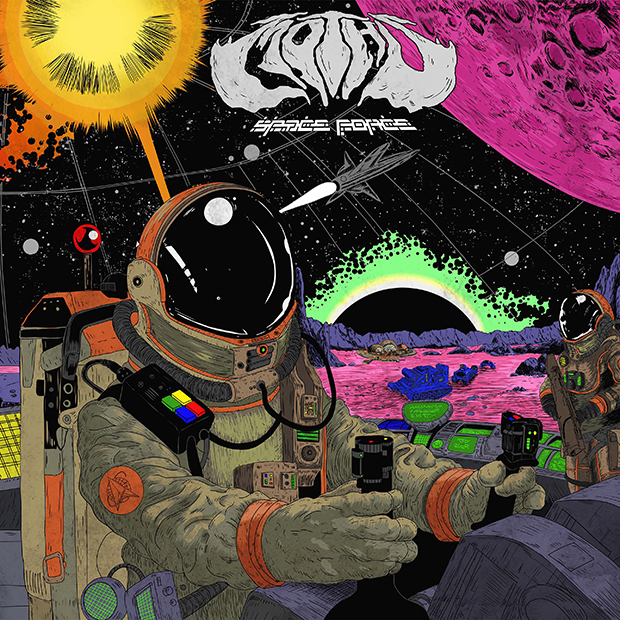 Similarly, what would you say is the album’s biggest surprise?

I think the combination of styles that are somehow cohesive. The smooth transitions between songs and within the songs themselves are something that I think it’s worth paying attention to. I’m still very surprised at how these tracks just somehow belong one to another without really being written for that purpose. If anyone can perceive that this album was made by five people having fun while making music, then that’s it! That’s exactly what this album is about.

What is the next step in the band’s evolution?

We’re going to Argentina for the first time to headline the Heresy Fest festival on September 10th. We’re already well underway writing the next album, and we hope to be touring around the US in 2023. We’re just going to continue to push Space Force as much as we can and try to push it on every corner of the world!