If there’s a running theme to #dinosore, the new release from Get Set Go, it’s fun. From start to finish, guitarist/multi-multi-instrumentalist and Twitch star Michael Torres (aka Mike TV) delivers an overall enjoyable experience over the course of the project’s nine tracks. Be it a power love ballad for dinosaurs (“Paleophile”), a drinking song more appropriate than any other (“Go Drunk, You’re Home”), to a deal with the devil that’s one part Satanic pact and one part Seamless order (“Soul Food”), #dinosore is pretty damn funny and even more fun to listen to. Listen for yourself, as MikeTV has made it available via download here.

The humor reflects the intended audience — literally. Mike and this Twitch audience wrote the songs over five years – “all absurdly silly, all written by scores and scores if not hundreds and hundreds of people,” he says. The humor can be surprisingly sophisticated, even when it’s utterly gross. While listening to #dinosore, it’s easy to see this work standing alongside that of Spike Jones, “Weird” Al Yankovic’s original work, and the musical musings of James Kochalka Superstar.

Those who don’t subscribe to Mike TV’s channel need not worry. His musical mastery is as whimsical and wonderful as the lyrics he speaks. For example, the precision of his cadence on “Soul Food” is incredibly impressive, and the song demands repeat listens. Paired with production that expertly matches the tone of each song, #dinosore is a serious piece of work from a musician that doesn’t take himself seriously. 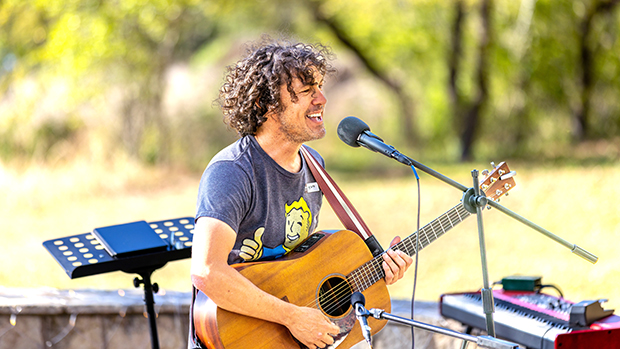 “Recognizing that I came up as a musician playing in front of audiences, I needed access to a regular audience to vet and develop my music,” explains Mike when discussing his methodology. “I needed to experience people’s reactions to the songs in real time for me to get a sense of whether or not they worked. So, in 2010, I started live-streaming. Originally on Ustream, Justin.tv, Skype, and other services, but I eventually made my way to Twitch. But in my online perambulations, I made many friends with other content creators.” 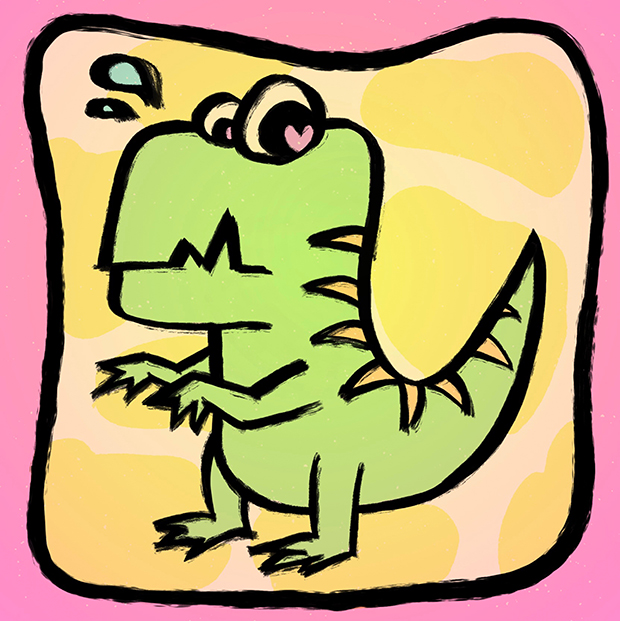 “Brian Brushwood of ScamSchool and Modern Rogue fame,” continues Mike. “He and his partner, Justin Robert Young (Politics, Politics, Politics), were hosting a show on the TWIT network called NSFW. Me and my bandmate Eric Summer guested on that program. We all had a wonderful time, we were promoting our Kickstarter, and we raised three thousand dollars in a couple of hours. By way of thanks, I wrote them a show-closer lullaby, and that started a long-standing friendship.”