Billie Eilish sang “When I’m away from you, I’m happier than ever” on arguably the best song off her new album. Sadly, those lyrics may apply to her now ex-boyfriend, Matthew Tyler Vorce. Matthew, 30, has been under the gun amid a swirl of cheating rumors, and it seems he and Billie, 20, are no more. “Nobody cheated on anyone,” Matthew posted to his Instagram Story on Monday (May 30). “Relationships end. Simple as that. Creating rumors and LYING on the internet is dangerous.”

Matthew referenced the infidelity allegations in an earlier IG Story. Using a MEN poster as a background image, the actor blasted his haters and the impact of parasocial relationships between a famous personality and their fans. “The fact that thousands of people take time out of their day to write the most heinous things one someone they will never knows(sic) posts is the most cowardly thing you can possibly do,” wrote Matthew, clearly upset at all the hate flooding his comments sections. “Live your own life.” 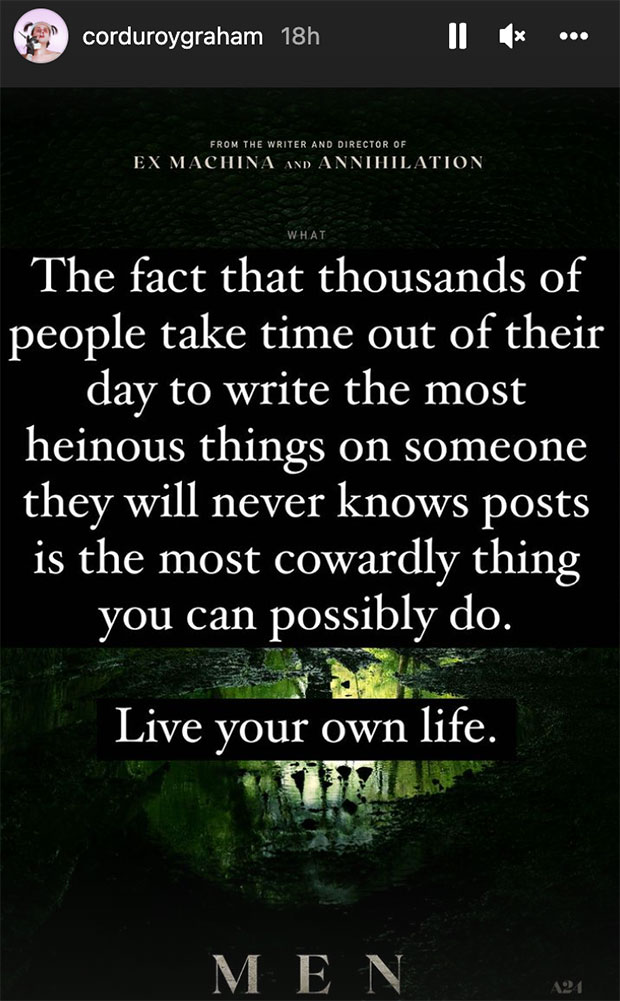 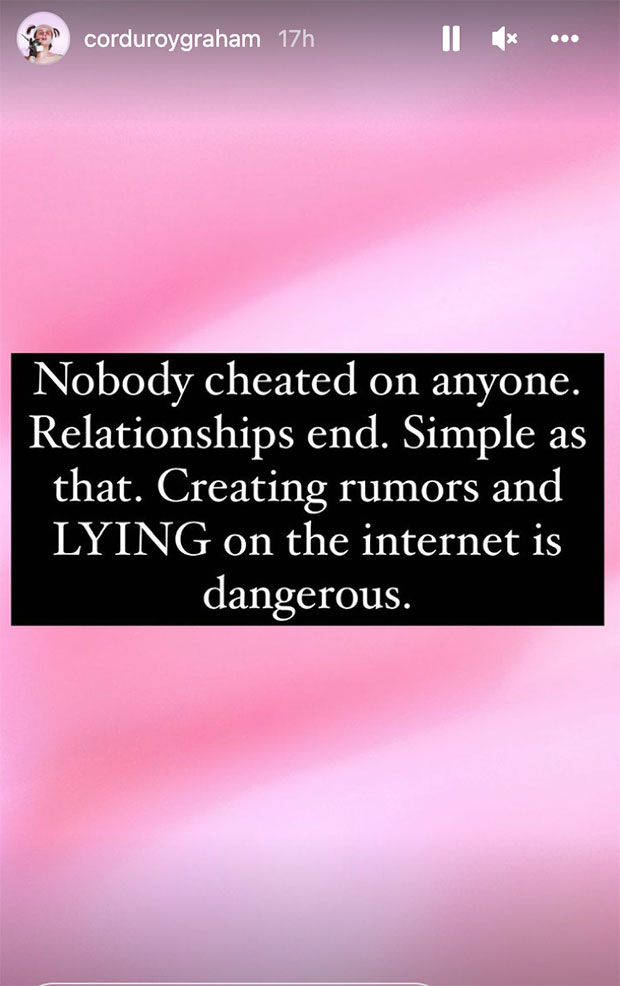 Billie and Matthew first started dating around April 2021. Billie and Matthew – an actor and co-creator of the horror podcast series Searching For Putty Man – were spotted out and about in Santa Barbara, California. The two went to get coffee together while Billie walked her pit bull, Shark. At one point, Billie snuggled closely up to Matthew, leading some to speculate this was more than just a coffee run. Shortly after that, the two hit up Disneyland together. During the June trip, Billie walked through “the happiest place on earth” with her new paramour.

“I went on a date for the first time yesterday, so there you go,” Billie said during her Apple TV+ documentary Billie Eilish: The World’s a Little Blurry. This answer came on the heels of her breakup with rapper 7: AMP — née Brandon Quention Adam. The two were together until June 2019.

Related: Billie Eilish’s Grammy Wins: How Many She’s Won & For What

It wasn’t always smooth sailing for Brandon. Shortly after his relationship with Billie was made public, fans uncovered a series of racist and homophobic posts he had made on social media. “I want to apologize for the things that I wrote…in the past,” Matthew penned in an apology. “The language I used was hurtful and irresponsible, and I understand how offensive those words are. Whether it was a lyric, a quote, or just me being dumb, it does not matter. I am ashamed and deeply sorry that I used them in any context. It is not how I was raised, and it is not what I stand for. I shouldn’t have used this language in the first place, and I won’t use it again. I am so sorry for the hurt I have caused.”