What goes together more than the Kentucky Derby, mint juleps, and extravagant hats? Top Chef winner Kelsey Barnard Clark, Williams Sonoma, and your dining table this Saturday, right before “The Fastest Two Minutes In Sports.” Kelsey — who kicked off her championship run on Season 16 of Top Chef with a competition at the Kentucky Derby – teamed with Williams Sonoma to curate a menu for this year’s event. The team-up is “absolutely one of the most natural partnerships I’ve ever done,” she tells HollywoodLife.

“I am a big party planner, and I own a catering company,” the celebrated chef tells HollywoodLife in an EXCLUSIVE interview. “So for me, it is second nature. I look for any reason on the planet to have a party and have people over. I love hostessing more than I do going to parties. So for me, it was like, ‘what would I do at my house at the Derby party?’ And, I think one thing that’s interesting about the Derby, which is my favorite thing — I love a daytime party. I think it does take off a lot of the pressure when it is during the day.”

“There’s just a level of casualty there,” continues Kelse. “The stress level can be completely eliminated because it’s like, ‘All right, it’s daytime. If it’s casual, if something goes wrong, it’s fine.’ I love the casual nighttime party, but the scene for a Derby party is just while it is typically a little bit fancier, it’s daytime. You dress nice, eat casual food, and sip on some fun cocktails.”

The recipes that Kelsey picked for this Kentucky Derby 2022 spread come from her new cookbook, Southern Grit, and after looking at what she recommends this year, you’ll wish that every day was Derby day. Kelsey recommends starting the day with her delectable Green Eggs and Ham and Okra Hot Fries. From there, it’s onto the Twinkle Light Succotash and Supper Club Smoked Wings with White Barbecue Sauce. For dessert, there’s Kelsey’s Mamma Jo’s Pecan Pie and Icebox Cookies. 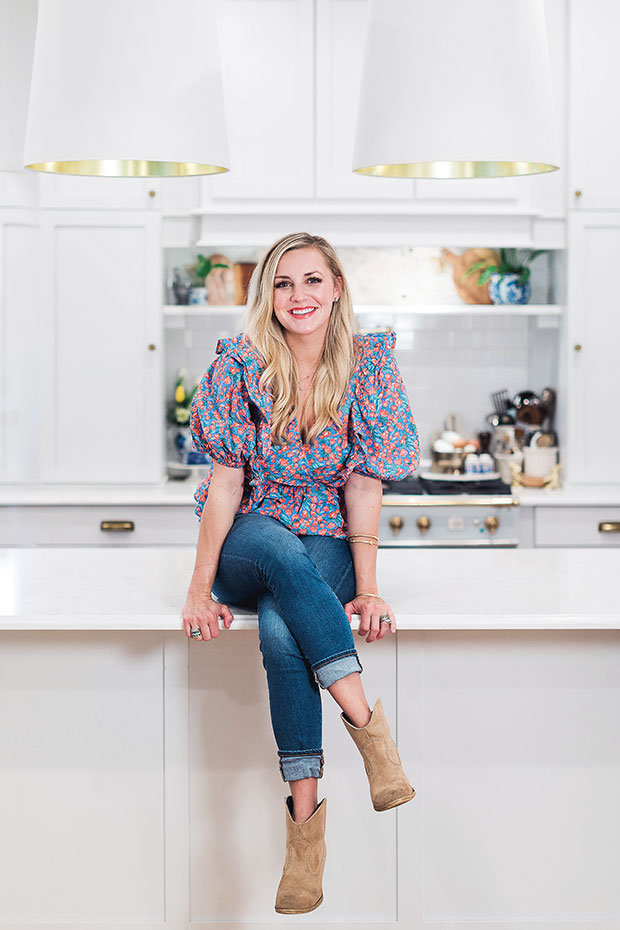 (Williams Sonoma)This Kentucky Derby partnership is also a chance for Kelsey to celebrate her roots. “Being from the south,” the Alabama native tells HollywoodLife, “there are many Derby-type things. Obviously, like ‘Wear the hat. Wear the outfit.’ I actually grew up horseback riding and loved it, but never really got into the Derby, which was weird because I was a Western horseback rider, which if you know anything about horseback riding, it’s like you got to choose. You’re European, or you’re Western, and I was Western.”

“But then, after I lived in Kentucky for ten weeks, we learned a lot about the Derby. Our first challenge was at Churchill Downs,” she said, referencing her first episode of Top Chef. “And to be honest, I became completely enthralled by just the history of it.”

Kelsey’s menu is a happy meeting between the casual and the fancy, which she thinks is symbolic of the Kentucky Derby’s spirit. “It’s always been that way, where the only kind of fancy thing about it has been the hats, and the dresses and what the guys are wearing. But other than that, you’re at a horse stable,” she says with a laugh. “I don’t care what way you put it. You’re at a horse stable. So to me, it’s the best of both worlds because the fancy level is what you have on. But in terms of the food, it can be very modest and laid back, which is traditionally what it is.”

Of course, you can’t enjoy the Derby without a drink. “You cannot not have the Mint Julep,” says Kelsey. “To me, it’s such a perfect daytime drink because it’s like, ‘All right, drinking straight bourbon is a little aggressive at 11:00 AM.’ Personally, a Bloody Mary’s going to be a go-to for me. And I would say during the day, and especially when you are dressed festive, anything with bubbles, right? Anything with champagne. I have a sparkling peach Sangria in my book. That would absolutely be a must for me for this party.”

“If you wanted to do something else,” she adds, “you could always do a whiskey sour with bourbon, which is always really fun. Or even we do a hard Arnold Palmer, which is very Southern.” Kelsey recommends mixing sweet tea with lemonade and a bit of bourbon – preferably Woodford Reserve, the official bourbon and Presenting Sponsor of the Kentucky Derby. “Can’t go wrong with that,” she says.

“But,” she adds, “definitely sticking with water down things. Things that are not going to be incredibly strong because it is, no pun intended, meant to be a race. Hopefully, you won’t be done with that race as quickly as the horses will be. A big part of the Derby is definitely the pregame. So you want to make sure that when you are drinking, you’re not just being ridiculous about it.”