As Erika Jayne‘s legal dramas continue to dominate headlines, her Real Housewives of Beverly Hills co-star Garcelle Beauvais is chiming in with her thoughts on the matter. While co-hosting the daily talk show The Real, Garcelle, Loni Love and Adrienne Houghton gave their takes on the recent details of the scandal where Erika was asked by one of Tom’s former clients to surrender a pair of $750,000 diamond earrings after it was alleged they were purchased with stolen money.

“What he did, allegedly to those victims, is just horrible and I would just get rid of everything, all the gifts that he gave me,” Loni first proclaimed. “I know that that may seem extreme, but there are people that are still suffering to this day because they didn’t receive the funds that they should have received, so I don’t even see why this is a question.”

“I don’t know everything, but I feel like, if I was in Erika’s shoes, I would do the same thing,” Garcelle then chimed in. “I would give up the diamonds quickly. I believe she’s giving them to a third party until it’s decided if she does have to give them back. But I agree with you, there’s so much more that she could do,” she continued. “Even if she’s not guilty of knowing everything that Tom was doing, but this is a way of saying, ‘I have compassion for you and therefore take the jewelry, take the necklace.'”

“The Real Housewives of Beverly Hills” star Erika Jayne may be forced to hand in over $750,000 worth of diamonds after a bankruptcy trustee alleged the reality television star’s husband brought them with stolen money. pic.twitter.com/4mUvIRBvvr

Moreover, Garcelle added that when Erika shows up for filming RHOBH, she comes “diamonded-out,” adding, “She’s got a lot, so getting rid of those diamond earrings is not going to hurt her.”

Adrienne then added, “If that was the last pair of diamonds I had, I’d still want to turn them over. Why is this even a discussion? If someone brought this to my attention and said, ‘This may have been …’ I’d be like, ‘Take them.’ I would not want to be associated with any of it. I wouldn’t want to be associated with the idea of it or even think these grand things I own came from that situation.” 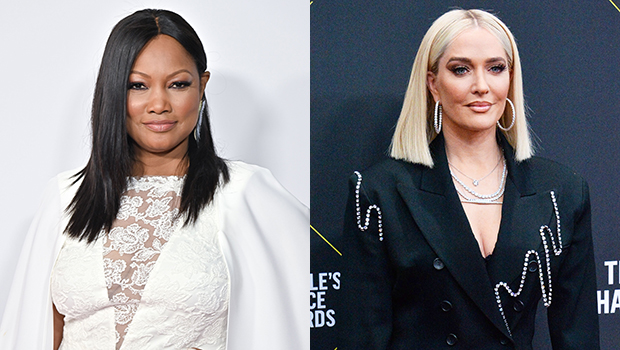 Further in the discussion, Adrienne and Loni also recalled a rendez-vous with Erika at Garcelle’s birthday party, alleging that Erika implied that her supporters in this situation were not white.

“She actually pointed to her own skin and said they are not this,” Adrienne claimed. “She said those are the people that are against me and the ones that are riding with me look like us. She did make a few good points on what she was saying at that time was that she really had no idea. But my thing is now that you do have an idea, you need to rectify the situation. She was genuinely saying that.”