Real Housewives of Salt Lake City star Jennie Nguyen, 44, has spoken out after she was fired from the hit Bravo series for controversial Facebook posts from 2020. In an Instagram Live video, Jennie placed blame on a “team of people” helping her with social media for sharing the offensive posts to a Facebook page. “I just want you to understand that, during that time, I had a team of people helping me. Whether they posted [or] I posted, it doesn’t really matter at this point,” she said on Wednesday, January 26, alongside her Black friend Michael.

“For me, it’s on my account and I take full responsibility and accountability for what was posted,” she also said. “I know I hurt a lot of people. My viewpoint during that time in 2020 was emotional and it brings back a lot of memories during that time when we went through such a tragic, terrible year,” she explained, calling the posts “disgusting.” 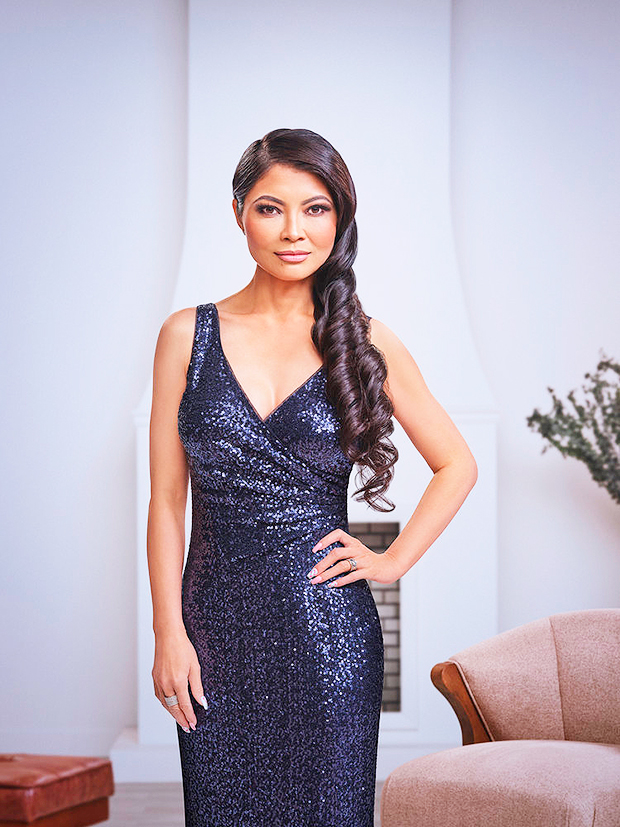 She then defended her political stance as a Republican. “I want you to understand that my political stance, I still support that. I’m very proud to be a Republican. I am proud to be able to say I have the freedom of speech, too, and to have an opinion,” she added. “I don’t tolerate violence but I do support my law enforcement. I know with every profession, there’s good and there’s bad. I don’t support the bad. I don’t support the brutality with black people or with any race…but I do support my law enforcement, but that doesn’t make me racist. To support my political stance, that does not make me a racist. I want you to understand that.”

Michael, who said he identifies as a gay Black man, also defended her. “Over time, I did have to educate her on the whole Black Lives Matter and everything like that because I’m a gay black man, so I live it every day”,” he said on the live. “Anybody that’s saying she paid him to be there or she pulled the friend card, I see all your comments…but here’s the reality. I know Jennie and I know her character and I know the person that she is inside. She’s not a racist.”

Jennie’s latest apology comes just one day after Bravo announced it had “ceased filming” with Jennie for the show’s upcoming third season. The network also shared that it was working to make improvements to who will be part of the RHOSLC cast in the future. “We recognize we failed to take appropriate action once her offensive social media posts were brought to our attention. Moving forward, we will work to improve our processes to ensure we make better informed and more thoughtful casting decisions,” Bravo said in a Jan. 25 statement.

All this drama started when now-deleted Facebook posts from Jennie’s account that were shared in 2020 and disparaged the Black Lives Matter movement resurfaced. Jennie apologized for the old posts in a statement released on Instagram on January 19. “I want to acknowledge and apologize for my deleted Facebook posts from 2020 that resurfaced today. At the time, I thought I was speaking out against violence, but I have since learned how offensive and hurtful my words were. It’s why I deactivated that account more than a year ago and why I continue to try to learn about perspectives different from my own. I regret those posts and am sincerely sorry for the pain they caused,” she wrote.

After the posts resurfaced, the rest of the RHOSLC cast — Heather Gay, Whitney Rose, Jen Shah, Lisa Barlow, and Meredith Marks  — all spoke out against Jennie’s actions via Instagram. Producer and Watch What Happens Live host Andy Cohen called Jennie’s posts “disgusting and upsetting” on his SiriusXM show “Radio Andy” the day before she was officially fired by Bravo.