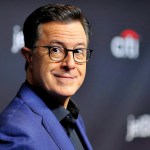 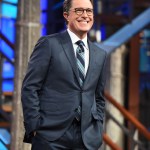 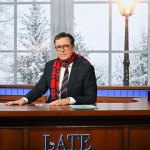 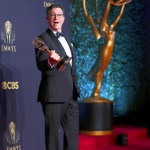 With a ‘Rent-inspired musical number that mocked the ‘defectors’ and ‘infectors’ behind the Jan. 6 attack on the Capitol, Stephen Colbert also called for Donald Trump’s arrest for his part in the alleged coup.

Do you think this new song will live Rent-free in Donald Trump’s head for the next year? On Thursday, to commemorate the first anniversary of the January 6 insurrection, CBS’ The Late Show with Stephen Colbert took a shot at Trump, 75, Ted Cruz, Donald Trump Jr., and all the others involved at the Capitol riot with “Abhor-Rent,” a musical number that observed the 525,600 minutes since the event. After the number addressed the “727 insurrectionists arrested,” the song asked who should be next? “How about this bum?” the singers sang as a picture of Donald Trump flashed on the screen. “He’s a traitorous scum.” ‘

Stephen Colbert’s song also took a shot at Congressional Republicans, calling them “147 treasonous dimwits.” It also mocked how Cruz, 51, “cannot pull off a beard,” saying his facial hair looks like a dead skunk. The song wrapped up by commenting how Rudolph Giuliani “looked drunk” during the “unsuccessful coup” and that Donald Jr., 44, has the “IQ of 1.” The parody got the approval of Anthony Rapp, the actor/singer who originated the role of Mark in the Broadway production of Rent. “I’ve just seen this and I know it’s already getting spread around a lot but I had to do my part to spread it more because it’s pretty damn perfect,” he tweeted.  “Thank you, @StephenAtHome & @colbertlateshow for this!”

I’ve just seen this and I know it’s already getting spread around a lot but I had to do my part to spread it more because it’s pretty damn perfect. Thank you, @StephenAtHome & @colbertlateshow for this! pic.twitter.com/pCnKQIeeA0

“Abhor-Rent” wasn’t the only time Stephen, 57, commented on the Jan. 6 events during the night’s broadcast. In his opening monologue, the Late Show host called out Republicans for not partaking in the day’s events. “Now, there were some notable absences from the ceremonies today,” he said. “During a moving moment of silence for officers who lost their lives, there were only two Republicans on the House floor. The other Republican legislators chose to re-enact January 6th by hiding in fear.”

Washington DC Protest At The Capitol: Photos Of Rioters & Mob 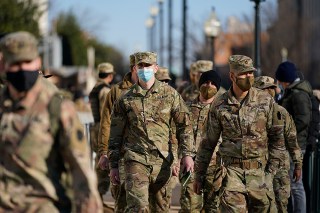 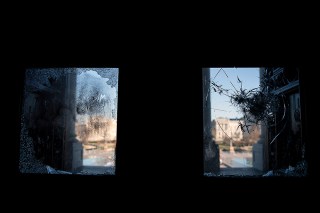 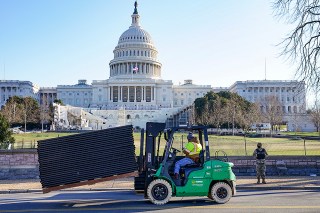 President Joe Biden delivered a speech on Thursday in which he blasted the former president for spreading the Big Lie and failing to stop his supporters from storming the Capitol. “A former president who lies about this election and the mob who attacks this capitol could not be further away from the core American values,” said Biden, 79. “He’s not just the former president. He’s a defeated former president.” Trump responded by issuing a poorly constructed statement in which he doubled down on the lie that the 2020 presidential election was “rigged” and that Biden’s speech was “political theater.” The former president also accused Biden of using “my name today to further divide America,” despite Biden not uttering “Donald Trump” once during his speech.