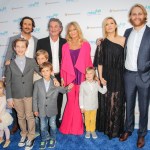 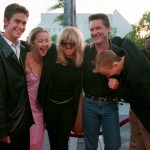 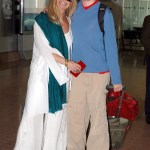 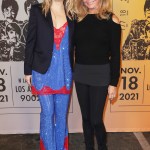 Oliver Hudson showed off the legendary Aspen residence during a Zoom interview, during which he revealed his mom Goldie Hawn ‘refuses to update’ the home.

Oliver Hudson is doing press interviews for his new show, The Cleaning Lady, from a very special location: his mom Goldie Hawn‘s famous home in Aspen, Colorado! Oliver, 45, appeared via Zoom on Live with Kelly and Ryan on Wednesday (Jan. 5) to discuss his new Fox crime drama, when co-hosts Kelly Ripa and Ryan Seacrest marveled over the glimpse of the gorgeous residence behind Oliver. “Look at that fantasy land,” Ryan, 47, said. Kelly, 51, similarly gushed over the Aspen vacation home, which is owned by Goldie, 76, and her longtime beau, Kurt Russell, 70.

“We’ve been coming up here for 37 years,” Oliver said about Colorado, where he and sister Kate Hudson, 42, frequently visit with their children and significant others. “We’ve had a ranch. I went to elementary school up here.”

Oliver explained that, five years ago, he took his kids, Wilder, 14, Bodhi, 11, and Rio, 8, whom he shares with wife Erin Bartlett, “out of school in L.A. and brought them up here to live in the mountains and have some independence and some freedom.” “It’s a really special place, for sure,” Oliver added of Colorado. The Splitting Up Together star then revealed to Kelly and Ryan that he’s talking to them for the interview from the guest house of his mother’s immaculate snowy residence. 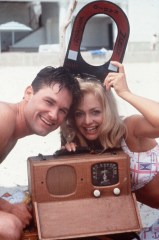 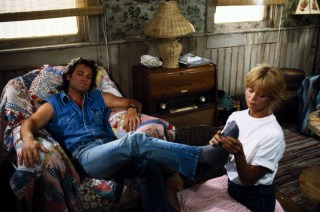 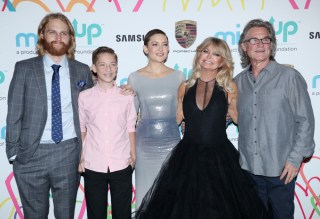 “Mom built this house first, and then my stepdad, Kurt, built the other house,” Oliver said. “So we lived here in 1985 for two years. It’s a bit of a time capsule. Those curtains you see are like 30 years old. Mom refuses to update, which kind of is great,” he added. Oliver also said that snow days were “the greatest thing” about living in Colorado. “Wednesdays they let everyone off early so they could go ski. The school system is so different,” he said. “My kid had, in 5th grade, a page of homework front and back that was given on Monday and due on Friday. That was it. They believe in sort of go home, play in the snow, be in the mountains. That’s sort of their philosophy here.”

Goldie and Kurt, who have been dating since 1983, frequently welcome their loved ones to their Colorado home. During the holidays, Kate arrived in Aspen with her daughter, Rani, 3, and shared a cute photo of the fashionable pair straight off the plane. A few days later, Goldie and Kurt were photographed doing some shopping around the town, just in time for Christmas.