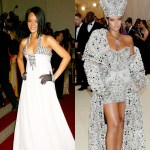 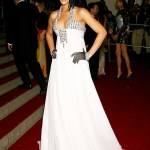 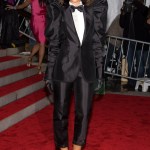 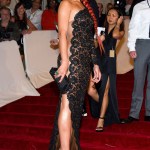 Rihanna and boyfriend ASAP Rocky’s relationship is getting serious, and HollywoodLife has learned that 2022 may be quite the year for the duo!

Rihanna, 33, and ASAP Rocky, 33, rang in the New Year together at home in Barbados and, according to sources, 2022 may be the year that they say, “I do!” In January 2020, Rihanna and Rocky, whose real name is Rakim Mayers, took their romance public when they were spotted packing on PDA during their first holiday trip to Barbados, where they both have family. And they’ve fallen more and more in love with each other since. In fact, a source close to Rihanna told HollywoodLife EXCLUSIVELY that “it’s only a matter of time before [ASAP Rocky] proposes!”

“Rocky absolutely feels that Rihanna is the perfect person for him, and he can’t imagine his life without her. They have discussed marriage and kids. They know it’s something they both want,” our source revealed. “Despite their romance heating up as quickly as it has, they’ve had time to lay the foundation for a great relationship since they were friends for so long before they hooked up.” As fans know, Rocky’s late father is from Barbados, and he still has a bunch of relatives who live on the island.

According to the source, their families approve of their relationship! “Rocky has a great relationship with Rihanna’s family and it’s only a matter of time before he proposes. Rihanna realizes her clock is ticking and as much as she wants kids, she has a very full plate with all her businesses,” the insider said. Does this mean that Rocky and Rihanna are going to have some beautiful kids too? Signs likely point to yes! 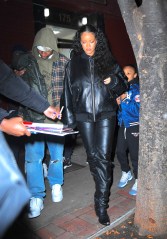 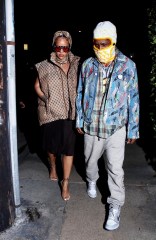 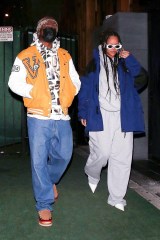 In a May 2020 interview with Vogue, the “Stay” singer said that she is open to having children “when the time is right.” The source continued, “Rihanna isn’t stressing about it though and, if it’s meant to happen, it will happen. Either way she knows that Rocky would make an amazing father.” A second source agrees with those sentiments, telling us, ”Rocky loves Ri. That is obvious. His goals with Ri are to have a relationship that takes them to marriage, takes them to kids but wants to take them to a foundation first where they are in a great place to get there in the first place, and that is currently the case with them.”