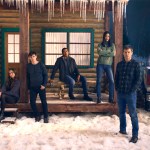 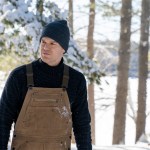 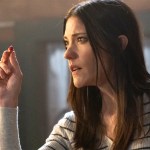 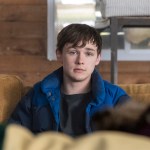 Audrey just opened up a window of secrets on ‘Dexter: New Blood.’ HL spoke EXCLUSIVELY with Johnny Sequoyah about Harrison’s slip about his father to Audrey and what’s next.

Every Dexter fan knows that Jim Lindsay isn’t who he says he is, and now Audrey and Angela know something is up. Harrison revealed that Jim Lindsay is not his father’s real name, and Audrey ended up telling her mother. Angela’s Dexter Morgan discovery rocked her world.

HollywoodLife got EXCLUSIVE scoop from Dexter: New Blood star Johnny Sequoyah about the aftermath of Angela’s discovery. She also weighed in on whether or not Audrey is scared of Harrison at all and how she’d react to Dexter’s true identity. Read our Q&A below:

There was that moment when Harrison says that Jim Lindsay’s not even his father’s real name. In the midst of that moment, I feel like anyone could have just brushed it off like it’s not a big deal. Walk me through a little bit about why you think Audrey thought she needed to tell her mom?
Johnny Sequoyah: That’s a great question. Basically, Audrey’s entire life it’s really just been her and her mom. Her mom is always going to come first in a lot of ways, and even though she really cares about Harrison and really has an interest in him, I think that when she hears that, she feels torn because she obviously wants to support him and be his ally, but she also feels like she can’t carry this information and not tell her mom about it. 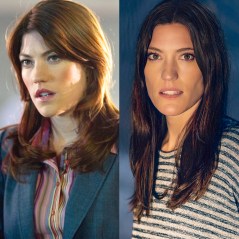 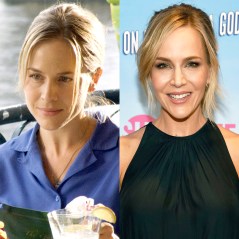 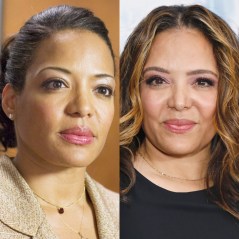 Do you think there was a part of her that, maybe in just her subconscious, knew that something wasn’t right in a sense when he said all of that?
Johnny Sequoyah: I think so. I think that, even though Audrey definitely plays in the world of innocence within the show, she’s a very smart girl. I think that she trusts her gut in a lot of ways, which is why she went to her mom with it because I think something about it just felt a little bit off. Especially because she and Jim in this world have been together for a few years. I think even though they’ve been together for a little bit, there is definitely an element of secrecy to Jim Lindsay, which I’m sure Audrey has her own questions about.

There’s something a little bit off about Harrison. Obviously, he’s keeping his own secrets and hiding some things as well. Do you think there’s any part of Audrey that’s scared of him at all?
Johnny Sequoyah: I think she does feel a little bit of intimidation by him, which I think she likes. She’s never met anyone like him in her life. She’s really been in this small town in isolation wondering what the world is like her entire life. So when Harrison shows up in the small town, someone who’s been across the world and seen a lot of things, I think that it’s intimidating to her, but it’s also extremely exciting and intriguing. She just wants to learn as much as she can about him.

I feel like he’s that one person that you probably feel in your gut that you probably shouldn’t be associating with. He’s the person your mom tells you not to get involved with.
Johnny Sequoyah: I completely agree with you and to bounce off of that, one of my favorite moments is in episode 2 when she says, “Mom’s really not gonna like you.” It perfectly describes her interest off the bat.

In the final moment of the last episode, Angela finds that newspaper clipping that says “Dexter Morgan is dead,” and he looks exactly like Jim. Will there be some fallout from this discovery?
Johnny Sequoyah: There will definitely be some conversations, that’s for sure. I think that if anyone lies in the relationship there can be a blowout sometimes. So, not to say that it’s happening, but I would say that Angela definitely has questions for him that she wants answered.

How do you think Audrey would react if she knew even just a little bit of the truth about Dexter? I don’t know how she would take it?
Johnny Sequoyah: Well, I think that part of her would be terrified and another part of her would probably be really excited because she is a fan of true crime podcasts. She loves Merry Fucking Kills. I think that she would definitely be very much like a mixture of excited and terrified.

What can you say about where Harrison and Audrey’s relationship will go from here? I feel like Harrison might have some feelings for her.
Johnny Sequoyah: I will definitely say that things play out within the next 5 episodes of this show. You see a lot of different things happen between Harrison and Audrey, including them having to handle different situations. I definitely ship them though. I think they’re cute together, even if they are like an unlikely match.

They kind of give me Bonnie and Clyde vibes. It’d be interesting to see, especially if Audrey knew about Harrison’s backstory and how tragic it is, and how it may have influenced him today. I’d love to know if she would accept that and how she would move forward from it just because it’s so traumatic.
Johnny Sequoyah: I think that part of her has an inkling that there’s some darkness to him. I mean, you can feel it in his personality and how he handles himself. The more that they are drawn to each other, the more they let their guards down a little bit more and find out a little bit more about each other. I think that Audrey is torn because she really, really cares about him. She has been by his side really since the moment he got to Iron Lake. But on the other hand, I think that for a 16-year-old girl, some of this stuff can be more than she knows how to handle.

I don’t know how the season ends, of course, and I don’t know what’s next. But there are possibilities. Would you want to continue playing Audrey, if things were left open in that regard?
Johnny Sequoyah: I mean, I think it would be really fun to continue playing her. She’s a super fun character. I guess it would just depend on where she is and what she’s doing. I think there’s a lot of different versions of where she can be after the last episode of the show.