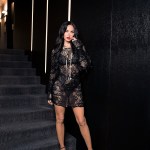 Megan Fox stripped down to some racy black lingerie in the new trailer for Big Gold Brick, causing another sizzling stir. The 35-year-old actress, who’s had somewhat of a renaissance in the past couple years, is starring in the dark comedy as Jacqueline, the unsatisfied “second wife” of the 65-year-old Floyd, played by Andy Garcia.

Judging by the trailer, it’s safe to say that Megan looks simply stunning and is ready to turn up the heat with another all-star role where her undeniable allure can take center stage.

The zany comedy flick, written and directed by Brian Petsos, features the nascent writer, Samuel Liston (Emory Cohen) who encounters the enigmatic, middle-aged father-of-two, Floyd Deveraux (Garcia) when Floyd hits Samuel with his car late one night. Following the incident, Floyd enlists Samuel to write his biography, and hilarity and chaos ensues, with Samuel facing ensuing circumstances of a weird and wacky nature. The movie also features Oscar Isaac and Lucy Hale, among others. 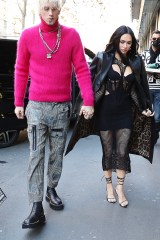 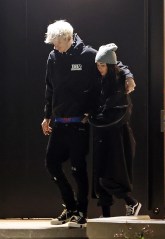 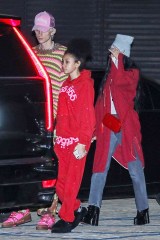 The Jennifer’s Body actress has been making waves lately, as her career continues to rise to meteoric heights. Back in June, Megan made her debut in Randall Emmett‘s thriller Midnight in the Switchgrass (the movie that united she and now-boyfriend Machine Gun Kelly). She was also spotted in the trailer for the Netflix horror comedy Night Teeth, in which she played a sexy vampire. The femme fatale is definitely a role Megan was born to play!

In addition to her making serious moves in Hollywood, Megan has been dominating headlines as the romance between she and her rapper/rocker beau, MGK, continues to heat up. After the pair fell in love on the set of Midnight in the Switchgrass, their PDA-fueled, gothic fairytale romance has shown no signs of slowing down. The two also continue with their ever-enticing dynamic as having a dark romance as MGK admitted to wearing a necklace containing his lover’s blood around his neck and also shared that he once accidentally stabbed himself trying to impress the actress. Obviously his efforts have made a lasting impression on Megan, as the fire of their love continues to burn bright.