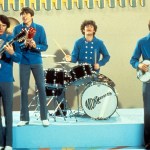 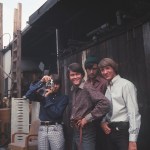 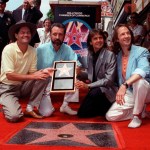 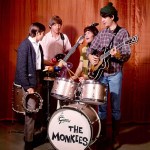 After the heartbreaking news of Michael Nesmith’s death, Micky Dolenz — his fellow Monkees bandmate – said he was devastated by the loss of the friend and ‘partner.’

Michael Nesmith passed away on Friday (Dec. 10) at the age of 78. The singer-songwriter was best known as the green wool hat-wearing member of The Monkees, and his fellow bandmate and costar, Micky Dolenz, reflected on the loss. “I’m heartbroken,” he said in a statement. “I’ve lost a dear friend and partner. I’m so grateful that we could spend the last couple of months together doing what we loved best – singing, laughing, and doing shtick. I’ll miss it all so much. Especially the shtick. Rest in peace, Nez. All my love, Mick.”

I’m heartbroken.
I’ve lost a dear friend and partner.
I’m so grateful that we could spend the last couple of months together doing what we loved best – singing, laughing, and doing shtick.
I’ll miss it all so much.  Especially the shtick.
Rest in peace, Nez.
All my love,
Micky pic.twitter.com/xe8i5jmNgL

Micky, 76, is now the last living member of The Monkees. Davy Jones died in 2012 at the age of 66 after suffering a heart attack. Peter Tork died in 2019 at the age of 77, after a long battle with adenoid cystic carcinoma, a form of cancer. Micky, Mike, Peter, and Davy made up The Monkees, the band at the center of the titular sitcom that aired from 1966 to 1968. The four members were legit musicians, who performed together, recorded multiple albums, and starred in an avant-garde film, Head, in 1968.

The world learned of Michael Nesmith’s death via a statement released by his family, per Rolling Stone. “With infinite love, we announce that Michael Nesmith has passed away this morning in his home, surrounded by family, peacefully and of natural causes. We ask that you respect our privacy at this time, and we thank you for the love and light that all of you have shown him and us.”

The show The Monkees was conceived by producer Bob Rafelson, who wanted to create a show based around the antics and adventures of a rock band, per Biography. After selling the project to Screen Gems in 1965, the producers put out a call for musicians for the band. Michael Nesmith, an up-and-coming singer-songwriter with folk-group The Survivors was one of the 437 people who applied, and along with the three others, would make up the titular Monkees. The manufactured nature of the group – and how music producer Don Kirshner used session musicians on the first two Monkees albums – led to the misconception that they weren’t capable of playing their instruments.

“We were kids with our own taste in music and were happier performing songs we liked – and/or wrote – than songs that were handed to us,” Michael said in a 2012 interview with Rolling Stone. “It made for a better performance. It was more fun. That this became a bone of contention seemed strange to me, and I think to some extent to each of us — sort of “What’s the big deal, why won’t you let us play the songs we are singing?”

Following the Monkees breakup in the late 1960s, Mike went on to form the First National Band, a group credited with laying the foundation for country rock, paving the way for bands like The Eagles, The Flying Burrito Brothers, and other southern-twinged rock. Michael is credited with creating the “first music video” for his 1977 single, “Rio.”

“[I realized that] radio is to records as television is to video,” he told Rolling Stone in 2013. “Then it was like, ‘Of course!’ and thus MTV was born. I just took that idea and put together some programs and sent it over to Warner Bros. and so forth. Next thing you know, there it was.” In 1980, his mother – the inventor of Liquid Paper – passed away and left her substantial fortune to him. He used the inheritance to fund a variety of projects, including the now cult-classic films Repo Man and Tapeheads.

Though Michael didn’t partake in the Monkees reunions in the 1980s, he did join the band in 2012, following Davy Jones’s death. In fact, he and Micky launched a Monkees farewell tour earlier this year. They played their final show together at the Greek Theater in Los Angeles on November 14th.