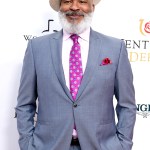 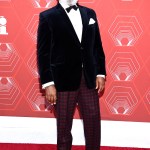 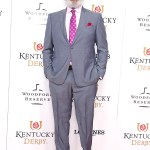 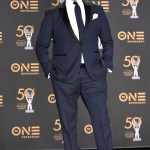 David Alan Grier tackles one of his most intense roles yet in ‘Joe Pickett.’ He spoke EXCLUSIVELY about why he signed on to do the show even though there was no script that featured his character at first.

You’re going to want to keep your eye on Vern Dunnegan. David Alan Grier stars in the new Spectrum series Joe Pickett, which premieres on December 6. Vern is a retired game warden who crosses paths with the titular character in the series based on the bestselling book series by C.J. Box. HollywoodLife spoke EXCLUSIVELY with David about why he decided to embrace the intensity of a show like Joe Pickett after years of comedy work.

“When producers came to me via my agents and my manager, they said, ‘We’re going to send you these scripts but tell David his character’s not in them. Vern’s not in them,'” David explained. “They were like, ‘They want to talk to you, and they’re going to tell you what they want to write.’ I was like, ‘Wow, I won’t be doing this job, but I’ll meet them.’ So we met on Zoom and they started talking about all the other aspects of how dark and duplicitousness and really bad this guy is and immediately I was attracted to it. But I had to operate on faith because it was all about we are going to [write the character]. I wasn’t familiar with the books. I didn’t really know anything. But it turned out to be one of the best decisions I ever made. I wasn’t planning on going out of town. I have a young daughter. We just wrapped up Dad Stop Embarrassing Me. I started talking to these guys kind of at the end of that production, and it just kind of snowballed. Once I got to Canada and I worked a couple of days, they started expanding and writing more and more and more. It was awesome, man. They really based it off on what I was doing as an artist and as an actor. That fed their writing, which was unique because I’ve never done an hour drama. I’ve never done it as a series regular. Nothing like this. And the strange thing is, I don’t think race is ever talked about. It was funny to me. You see this black dude arresting all these white folks. He’s never really talked about. How did he get there? How did this one black dude get to this town? And he’s running sh*t and everybody’s cool. So I laughed about that. When I met the author, I said, ‘I have one question. How did Vern get there?’ He looked at me and goes, ‘I don’t know.’ And we both burst out laughing.”

Joe is Vern’s replacement as the game warden. “When the series starts, you see me introduce myself to Joe and his family, and I’m showing them around town. I give him the breakdown of how I did things,” David said. “But it’s your job now. I’m going to get out of the way. He seems like the midnight mayor of this town. Until stuff starts getting shady. Is this guy really a nice guy? Is he trying to help me?”

Initially, Vern is “jovial, real hospitable.” However, that’s not the only side of Vern we’ll see on the show. David noted that “sh*t goes left” and “things change” quickly.

“When I talked to the Dowdles, the producers, directors, writers, my first question was, ‘Why do you want me to play this? Seriously?’ They said, ‘We wanted an actor who could really handle comedy’. And I said, ‘Why?’ Because that was all involved in delivering all the other stuff, the shady stuff. Because when you think about it, people like that — politicians, lawyers, policemen — they can’t walk into a room loaded, evil. No, you got to work your way in.”

The actor added, “So by the time you realize it, you’re in it now. You’re in it. It’s too late. So all those things, that’s juicy, man.” Joe Pickett will drop exclusively on Spectrum and will be available on-demand, free, and without ads.