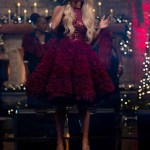 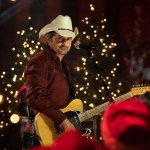 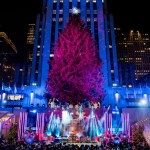 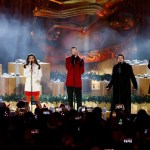 Two members of England’s music royalty – Sir Elton John and Ed Sheeran – have come together to wish you a ‘Merry Christmas’ with a new festive holiday song!

It’s officially December and the holiday music season is in full swing. Mariah Carey’s “All I Want For Christmas Is You” is already at No. 12 on the Billboard Hot 100, and a handful of other classic tracks are hoping to take the top spot from the “Queen of Christmas.” While no one might have the power to dethrone Mariah, perhaps…two people can do it? Enter Ed Sheeran and Sir Elton John with “Merry Christmas.”

Ed and Elton really kick things off when Elton begins playing the piano on a Christmas-themed set. The singers are both wearing green, red, and white sweatsuits that are perfect for the holidays. Ed changes into a sexy Santa costume by Christmas trees before joining Elton on a sleigh. Ed ends up flying with a snowman before reuniting with Ed. As he sings on the track, Ed had a “good night” on his holiday adventure.

Ed and Sir Elton officially announced the song on Nov. 29, with a Love Actually-themed video posted on Social Media. Ed, in the Andrew Lincoln role, appears on Elton’s doorstep (aka Kiera Knightley) with an armful of cue cards. “Hello. Last Christmas, I received a call from my mate, Elton John, and he told me, and he told me we should do a ‘Christmas Song,'” read the first batch of Ed’s cards. “And I replied, ‘yeah, maybe in 2022.’ But I actually wrote the chorus that day. And here we are. Our Christmas song. ‘Merry Christmas.’… it has sleigh bells. A lot of them.” The duo also announced that all U.K. profits from the song this holiday season will go to the Ed Sheeran Suffolk Music Foundation and the Elton John AIDS Foundation (h/t Billboard)

Stars In Sequined Dresses Perfect For The Holidays: Photos Of Olivia Rodrigo & More 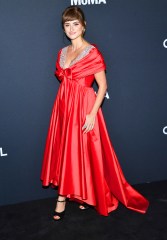 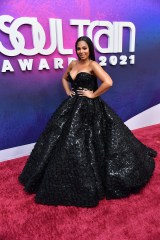 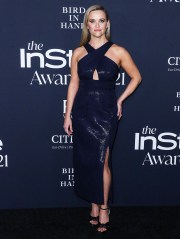 Ed swung by The Jonathan Ross Show at the start of November to talk about his collaboration with Elton. He also shared the lyrics for the chorus that he wrote: “So, kiss me under the mistletoe / Pour out the wine, let’s toast and pray for December snow / Yeah, there’s been pain this year, but it’s time to let it go / Next year, you never know, but for now, Merry Christmas.” A day after the Jonathan Ross appearance, Ed went on The Tonight Show Starring Jimmy Fallon and shared how he was apprehensive of doing a holiday track. “I’ve always been quite against it,” he said. “Not that I don’t like Christmas, I love Christmas, but in terms of doing a Christmas song, you need to chuck the kitchen sink at it.”

For Elton, this is not the first time that he’s gotten festive. He released “Step Into Christmas” as a stand-alone single in November 1973. The track broke into the top 10 of the Official U.K. Singles Chart in 1973. In the U.S., it topped the Billboard Christmas Singles chart in 1973, back when Billboard had a separate chart for holiday songs. The song was covered by The Wedding Present in 1992 and given the Two Minutes To Late Night treatment in 2020, when the metal-themed comedy show teamed with GWAR for a gore-filled rendition, “Stab Into Christmas.”