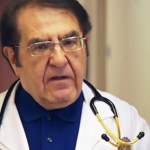 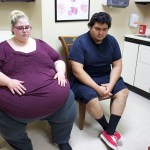 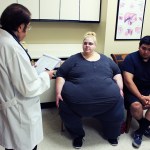 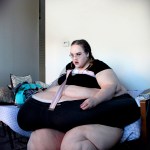 Tammy’s family is worried about her new boyfriend and how he may impact her weight loss journey. In this EXCLUSIVE preview of ‘1000-Lb. Sisters,’ Tammy’s family wonders if she’s actually engaged.

Tammy Slaton’s family, including her brother Chris, are ready to sit down and talk to Tammy in this EXCLUSIVE preview of the November 29 episode of 1000-Lb. Sisters. “If it’s about my boyfriend than y’all can leave,” Tammy says. “I don’t wanna hear none of it.’

Chris isn’t backing down. “Well, I got concerns that I’m gonna express,” he says. Chris tells Tammy that when she came home from the facility that she had a “fire to lose weight,” and he doesn’t think that’s the case anymore. “I still do!” Tammy replies.

Her family brings up her new boyfriend, Phillip, specifically what he said about not wanting Tammy to get under 300 pounds. Phillip has expressed his views on social media, and Tammy’s family has caught wind of it. Tammy says that Phillip is just saying that to “show other big women that they’re beautiful, too.”

Tammy’s family just doesn’t want this relationship to “turn into another Jerry thing.” Jerry was Tammy’s former boyfriend. “He’s not Jerry, far from f**king Jerry,” Tammy stresses, “I’m trying to better myself, not go back.”

Chris wants Tammy to get ready for her upcoming doctor’s appointment. When she’s asked if she’ll be ready for it, Tammy says, “I don’t know, probably not. Knowing my luck.” She doesn’t know if she’s lost any weight since her last appointment.

Chris says that all he’s trying to do is keep Tammy on track so she can be self-sufficient and get out of this house. He tells her that she’s going to have to “get up off your ass.” Tammy asks why he’s yelling at her. Chris believes that she’s shutting down, and she doesn’t want to talk to them anymore.

Tammy is then asked if she’s engaged to Phillip! Tammy doesn’t immediately respond to the question. The series 1000-Lb. Sisters airs Mondays at 10 p.m. on TLC.