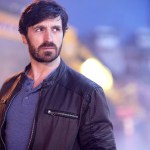 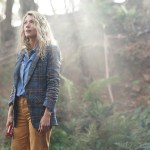 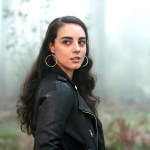 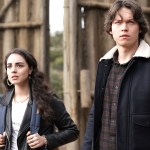 The final two episodes of ‘La Brea’s first season are going to be like TNT, according to Veronica St. Clair. She spoke EXCLUSIVELY about Riley’s growing connection with Josh, her hopes for season 2, and more.

La Brea has become one of NBC’s biggest new hits of the fall season. Fans have been fascinated by the series that kicked off with a massive sinkhole opening up in the middle of Los Angeles, plunging hundreds of people into a strange primeval land. Veronica St. Clair stars as Riley, Dr. Sam Velez’s daughter who has grown close to Josh while stuck in this new world. With only two episodes left, HollywoodLife got EXCLUSIVE scoop from Veronica about what’s next and what’s going on with Riley and Josh.

“I will say that episodes 9 and 10 are very… the imagery that I have in my head right now is like TNT,” Veronica told HollywoodLife. “It’s going to be like dynamite. There’s a lot more adventure. I think the pace really picks up because in the last few episodes, I think we were setting up a lot of things. The pace really picks up in 9 and 10, which is so funny for me to even say that because I feel like the pace is already pretty quick on the show. There’s so much happening at all times.” She also added that there’s going to be a “juicy” cliffhanger at the end of the season.

From the beginning, there’s been an undeniable connection between Riley and Josh. Even though the show has played out over months, Riley and Josh have only been in the sinkhole for 8 days. “They’ve been thrown into these extraordinary circumstances with each other, and they’re leaning on each other in ways that they normally wouldn’t,” she said. “They’ve only known each other really for 8 days, but in those 8 days, their relationship is expedited in a way that it normally wouldn’t be. Josh helped Riley with her dad’s surgery that she had to do. And like, what a crazy thing to even say out loud. Riley performed surgery on her dad. That’s totally crazy. But he was there for that, and she was there for him. They’re helping each other to survive.”

Riley pushed Josh away a number of times, but they eventually stopped denying their feelings and kissed. “Their relationship will continue to develop,” Veronica teased. “She’s really bonded with this person. They’ve become best friends.” But she made sure to add that Riley has “options” when it comes to her love life, even while being stuck in the sinkhole.

On top of her evolving relationship with Josh, Riley and her father are finally headed in the right direction. Sam recently opened up to his daughter about his PTSD and anti-anxiety medication.

“What a relief for Riley, finally, for the first time, be let in,” Veronica said. “She says, you have all these walls up. You’re acting as though you’re a superhero and you’re not. We can tell that you’re not. You’re a human being just like the rest of us. I think, of course, she’s worried for her father in that moment. Honestly, that was such a great scene to shoot. That was such a wonderful moment for Riley because it was a peek into who her father is. Honestly, she has her father up on a pedestal for sure. He was a Navy SEAL, and now he’s a doctor. He can do everything. Riley’s a sophomore in college and doesn’t know what she wants to do.”

So much of her life pre-sinkhole was in pursuit of making her father proud. “She went into pre-med because her dad is a doctor, and she looks up to him so much,” the actress explained. “He is everybody’s superhero. He can do anything. She wants to be just like her dad and wants her dad to be proud of her. So here Riley is pursuing this career in medicine, and then before she can even catch her breath, she’s like, wait a second. I don’t even know if this is what I want. Why am I doing this? I think that’s so relatable. I feel like we’ve all been at that point now so many times. So I think it’s such a relief for Riley to finally be able to take the mask down.”

However, Riley and Sam still have a long way to go before their relationship is on solid ground. “I am hopeful that they can have a real, true, honest relationship,” Veronica said. “But at the same time, I’m not holding my breath because that’s what it’s always been. Dad’s supportive, and then he’s not. Dad cares about me, and then he doesn’t. He’s going to need to be consistent and show me time and time and again that he can show up for me, that he can support me, that he can show love to me before I can feel safe because Riley very much has her guard up.”

The show has already been renewed for a second season. Looking ahead, Veronica really wants to see what was going on with Riley before the sinkhole. “What was she wearing every day? I mean, we know what she was wearing for the first 7 episodes, but what was her day-to-day life like?” she said. “What was her dynamic with her friends? Because the circumstances are so heightened in the sinkhole. That’s not how people normally operate. What does she find funny? I want to really get into the meat of who is this girl was as a regular 19-year-old girl? Who was she crushing on? I think we all want to know what all these characters were doing.” La Brea airs Tuesdays on NBC.