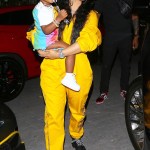 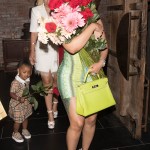 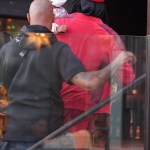 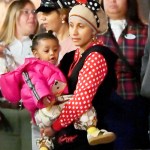 Cardi B just revealed what daughter Kulture really thinks about welcoming a baby brother to the family. See the three-year-old’s hilarious reaction here!

Cardi B‘s daughter, Kulture Kiari Cephus, has a few thoughts about her new baby brother! On Nov. 20, while answering fan questions before her hosting gig at the 2021 American Music Awards, Cardi responded to someone who wondered about her three-year-old daughter’s reaction to her new baby brother. The “Money” rapper simply replied with a clip of the three-year-old, proudly saying how much she wished for a “baby sister” instead.

“A baby sister — I want a baby sister,” Kulture hilariously stated in the video. “Yeah, but it’s a boy!” Cardi responded, writing an ellipses in the tweet to display her metaphorical raised eyebrows at her daughter’s discontent with her new sibling.

Cardi’s fans flocked to the comment section to share their reactions. “Well, I guess yall need to get her a baby sister next time. Lol,” one fan wrote. “Awww sis said I heard what u said but did u hear what I said,” another follower joked. Despite Kulture’s ostensible dissatisfaction with having a younger brother vs. a younger sister, Cardi cleared things up in another tweet, explaining how the toddler actually “loves” being a big sister to her new sibling. “She loves it,” the “Rumors” rapper wrote. “Only get sad when she wants to play but the baby needs silence too sleep.”

Cardi and husband Offset, 29, welcomed their baby boy on Sept. 4. “We are so overjoyed to finally meet our son. He is already loved so much by family and friends and we can’t wait to introduce him to his other siblings,” the couple said in a statement via email to HollywoodLife. Offset also posted a sweet candid photo cuddling the baby boy following his birth. “Chapter 5,” he wrote in his caption.

Cardi announced the news of her second pregnancy in the best way: on stage at the BET Awards on June 27, performing her song “Type Sh*t” in a tight mesh catsuit that showed off her growing baby bump. After the performance, the “WAP” hitmaker followed up with a series of beautiful maternity shoots on Instagram.