It may not be December 25, but Christmas has come early for holiday music fans. Sarah Ryder – a rising country star who is equally charismatic and witty – just slid the next great Christmas song under the tree. In “You Ain’t Getting $H!T This Year,” premiering here on HollywoodLife, Sarah channels all the great lounge singers of yesteryear in a velvety, peppermint-flavored tune about how she didn’t get a present for that “special someone” in her life. Instead of Ray-Bans, tickets to an NBA game, or a homecooked meal, Sarah is getting them…nothing.

“Ain’t getting coal in your stocking / your fruitcake is rotten / and you can hear a pin drop in here / don’t get your hopes up / ‘cause you ain’t getting [sleighbell] this year,” she sings on the chorus. Sarah details how her beau decided to get wrapped up in some “ho, ho, ho’s” despite not being Santa and that this “crossed a line.” So, Sarah is happy to play The Grinch to this naughty man and tell him that he’ll be sipping eggnog on his own this Yule.

“I started writing this song while running on a treadmill,” Sarah tells HollywoodLife. “I started cracking up as I was thinking about it and probably looked like a lunatic cracking myself up at the gym. I took the ideas I had down to my co-writers, and we had a fun time finishing the tune!” She also shared the origin behind the video, which has Sarah dressed up in a big, red bow – a present that her now-ex will never get to unwrap again. 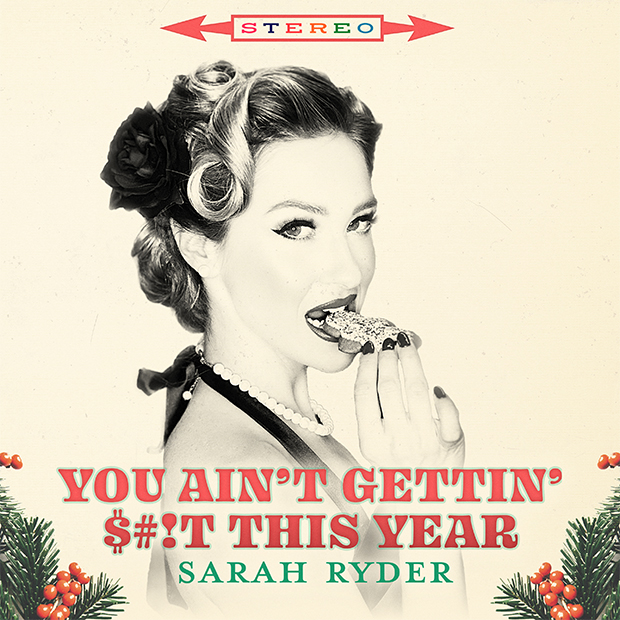 “Inspiration for the video, I can’t take credit for,” she says with a laugh. “My marketing guru and owner of Crowd Surf, Jade Driver, was cracking herself up at the idea of me in ‘nothing but a bow’ and thought that would stand out. I think she is right. It does stand out! [laughs] We had a blast on set, and as usual, our director Sean Hagwell and producer, Kirsten Hagwell, made the shoot extra fun!”

The clever self-censorship in both the song and the video makes “You Ain’t Getting $#!T This Year” a perfect addition to your Christmas playlist, right between Robert Earl Keen’s “Merry Christmas From The Family” and one of the countless covers of “Blue Christmas.” There is charm, there is cleverness, and there is a dynamic voice in this song – and it shows why this Pennsylvania native should be on your list of Artists To Watch in the coming year.

As for 2021, Sarah released a handful of songs – “You Ain’t Breaking Mine,” “Woman,” and “Get Back,” each a poignant observation on her experiences with marriage, failing relationships, and the power of close female friendships. While her ex may be getting coal, Sarah has been more than Nice, so expect Santa to be one of the many fans pre-saving her debut album when it arrives in 2022.