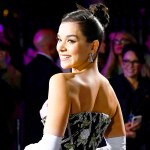 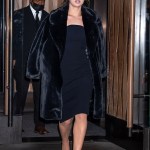 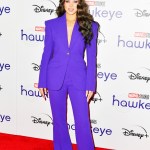 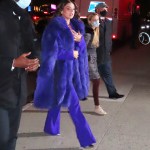 The ‘True Grit’ actress looked absolutely super at the premiere for her Marvel Cinematic Universe debut, as part of the upcoming ‘Hawkeye’ series on Disney+.

Hailee Steinfeld stunned on the red carpet for the premiere of the all-new Disney+ series Hawkeye, which will make her a part of the MCU. She rocked a black two-piece outfit for the event on Wednesday November 17. She sported a tiny black bandeau crop-top, along with a long, flowing skirt to match it, that even looked like it had a pocket on the side (maybe to store a few arrows, just in case).

Other than the gorgeous dress and crop-top, Hailee also had her hair tied in a slicked back low ponytail. Her hair ties were a bright silver, appropriate for her superhero debut. She also accessorized with a bunch of rings on her hands. Hailee has shown off plenty of sexy looks in the lead up to Hawkeye’s release, like a festive sparkling gown for the show’s London screening. 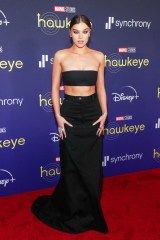 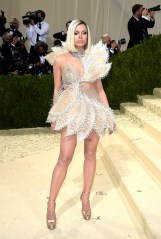 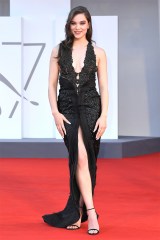 The 24-year-old actress stars in the series alongside Jeremy Renner. She plays Kate Bishop, another arrow-slinger that Clint Barton takes under his wing. Kate Bishop even takes up the Hawkeye name after Clint in the comic books. Hawkeye is set to hit Disney+ on November 24 with two episodes.

Ahead of the new show’s premiere, Hailee spoke about what it’s like to work with her fellow Marvel newcomer Florence Pugh, who made her debut as Yelena Belova in Black Widow, in a new interview with Cosmopolitan. Florence also shows up in Hawkeye, and Hailee made it sound like the two got along maybe a bit too well on-set. “We had a moment together where we were shooting and something went wrong. There was no recovering from it. I started laughing so hard that somebody thought I was crying and I just remember a flood of people rushing in and being like, ‘Is everyone okay?’ And I’m literally facedown on the ground, just hysterically laughing,” she told Cosmopolitan. “We were in a scene that was in no way, shape, or form meant to be at all funny. We really did have a wonderful time together.”