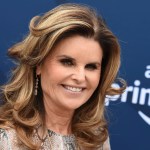 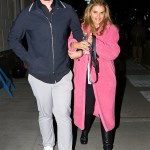 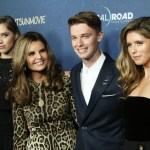 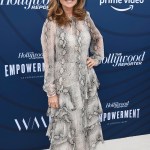 Maria Shriver said it was ‘so glorious’ to reunite with her cousins Caroline Kennedy and Sydney McKelvy over dinner and drinks at a New York City restaurant.

Reunited and it feels so good! Maria Shriver, 66, had a family reunion with her cousins Caroline Kennedy, 63, and Sydney McKlevy, 65, in New York City this week, after being apart for almost two years since the onset of the COVID-19 pandemic. The three relatives posed for a sweet photo during their Big Apple dinner date, and Maria posted the snapshot to Instagram alongside a heartfelt message about the long-awaited reunion.

“These two! They are everything to me!” Maria, the daughter of Eunice Kennedy Shriver and Sargent Shriver, wrote about Caroline, President John F. Kennedy and First Lady Jacqueline Kennedy‘s last surviving child, and Sydney, whose parents were Patricia Kennedy Lawford and Peter Lawford. “Last night, here in the Big Apple, I got to break bread and break into laughter with my two cousins, @sydneylmck and @amb_kennedy,” Maria added. “I never had a sister, but these two have made up for that. I’ve known them my entire life. I hadn’t seen them since before covid — our longest stretch not seeing one another.”

The NBC News journalist went on to say that it was “glorious” to reunite with her cousins and “to not skip a beat.” She added, “I left feeling full, feeling blessed, and hopeful that we will gather again soon. I hope you have people in your life where you can pick up right where you left up, who make you feel seen and safe, who love you no matter what you order or what you eat, who just love the heck out of you! Nothing else on life comes close! #inspireheartsandminds.” Maria’s daughter, Katherine Schwarzenegger Pratt, commented on the photo and noted how the cousins were like triplets at the dinner. “Matching hair and outfits,” she wrote. 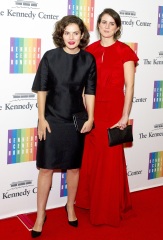 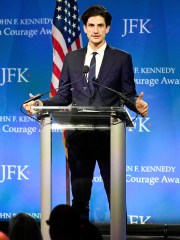 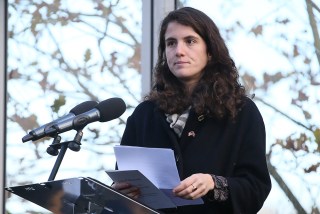 Maria, Caroline, and Sydney all come from the politically famous Kennedy family. Maria and Sydney’s late mothers, Eunice and Patricia, were sisters of Caroline’s father, JFK. The late president and his sisters had six other siblings: Joseph Jr. Kennedy, Rosemary Kennedy, Kathleen Kennedy, Robert F. Kennedy, Jean Kennedy, and Ted Kennedy. All nine Kennedy children have died, with Jean being the most recent to pass on June 17, 2020.