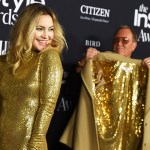 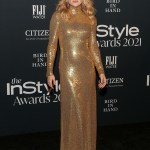 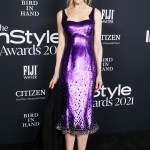 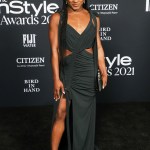 The ‘Maid’ actress took over the red carpet in a sophisticated number as her glamorous curls, now flawlessly silver, stole the spotlight.

Andie MacDowell looked every inch the classic Hollywood beauty during her latest public appearance! The Four Weddings and a Funeral star, 63, stunned fans during her appearance at the 2021 InStyle Awards on November 15, as she donned an elegant black gown which highlighted her sophisticated style. Taking over the red carpet at The Getty Center in Los Angeles, Andie paired the timeless look with an embellished pearl necklace, a fabulous charm bracelet and a deep blue clutch.

While her subtle makeup showcased her ageless beauty, the real showstopper was Andie’s trademark glamorous curls. As she has recently let them go au natural, the beautiful silver locks stole the spotlight as they cascaded over her shoulders while framing her flawless face.

The InStyle red carpet was just one of many that Andie has graced recently, as she has been busy promoting her latest project, the Netflix drama Maid. The former model has been winning rave reviews for her portrait of Paula, the mother of lead character Alex, a struggling single mom who happens to be played by Andie’s real-life daughter, Margaret Qualley. As for working alongside the 27-year-old, Andie said she was pleasantly surprised to discover Margaret suggested her for the role. “That’s a really special thing to happen to a parent, to have a child trust them and to want them to play opposite them,” Andie told NPR. 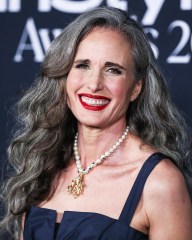 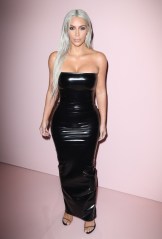 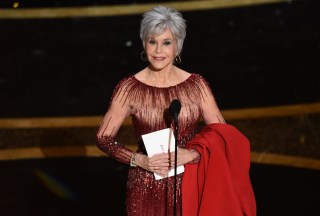 Meanwhile, embracing her gorgeous salt and pepper look is something Andie spoke about back in July. “At the very beginning of quarantine, my hair started growing and every time my kids would see me, they kept telling me I looked badass with my gray hair,” she said to Vogue. “When I pulled it up in a bun, all you could see was the salt and pepper, which is what I am, you know, dark and silver. I’ve been saying for a while now it was time for me, personally, to make that transition because I felt like it was appropriate for my personality and just who I am.”

We’re certainly glad Andie held her ground, as she looks more fabulous than ever! And we can’t wait to see the star in all her glory for her upcoming movies ‘Along for the Ride’ and ‘Good Girl Jane’!