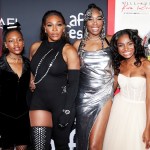 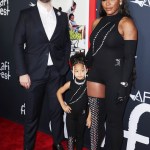 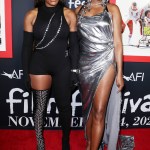 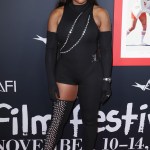 Serena Williams was joined by her husband and mini-me daughter at the premiere of ‘King Richard,’ which tells the story of the Williams’ sisters rise to tennis fame under the leadership of their dad.

The King Richard red carpet premiere on Nov. 14 was a family affair for Serena Williams. The tennis pro, 40, brought along her husband Alexis Ohanian and their 4-year-old daughter Olympia Ohanian to the event, which took place outside the TCL Chinese Theatre in Hollywood, Calif. Serena and her daughter decided to match for the occasion in black bodysuits with a pair of thigh-high boots, one of which was decked out in silver jewels. The duo’s chest was also covered in jewels, and they both wore fancy black footwear as they posed with Alexis, 38, for some cute family photos.

Speaking of Alexis, the Reddit co-founder looked dapper in a white-button down suit and matching black jacket and pants. He looked so proud to be supporting his wife of nearly four years. In the photo that can be seen below, Alexis held his daughter in his arm as he and Serena both lovingly stared at the mini fashionista. This trio really is the most adorable family of three ever! 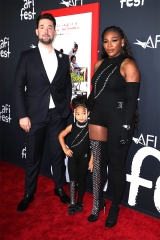 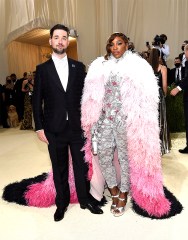 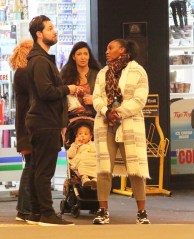 The King Richard premiere was quite the star-studded affair. Serena’s sister Venus Williams was there, and the siblings got together for photos on the carpet. Serena and Venus are among the producers on the film, which tells the story of how their father Richard Williams coached them in tennis at a young age to become two of the greatest athletes of all time. Will Smith plays Richard, and he was in attendance for the premiere alongside his wife Jada Pinkettt Smith and their kids Willow and Jaden. Saniyya Sidney and Demi Singleton, who play the young Venus and Serena, respectively, were also at the event.

Want to learn more about Serena and Venus’ rise to tennis fame? King Richard premieres in theaters and on HBO Max on Nov. 19.