The impact that hip hop has had – from fashion to entertainment to other music – cannot be understated, and Tidal’s Joseph Dodd explains why they’re shining a light on the genre during Hip Hop History Month.

Born in the Bronx during a hot August night, hip hop has gone from rocking the underground to ruling the world. After defying the initial skepticism from mainstream audiences and commercial outlets, hip hop has flourished, thrived, and in 2017, it surpassed rock n’ roll to become the most popular genre in the United States. Four years later, Congress proclaimed that November would forever be known as Hip Hop History Month, celebrating the men and women who helped change music and culture. In the nearly 50 years since hip hop’s birth, the genre has expanded throughout the U.S., with each city and region developing its take on the sound. It’s this variety that TIDAL is celebrating with a series of specially curated playlists.

From the sound of Memphis Hip-Hop (which gave us Moneybagg Yo, Yo Gotti, Three 6 Mafia, and more) to the Chicago Hip-Hop stylings of Kanye West and Common, to the funk and soul-filled Rio de Janeiro Hip-Hop, Tidal is making sure that every hip hop stylings gets a chance in the spotlight. “We at TIDAL have always valued and celebrated Hip Hop but wanted to shine a special light on the incredible stories woven into its lyrics this month for Hip Hop History Month,” Joseph Dodd, TIDAL’s Director of Programming, tells HollywoodLife. “The genre has had such an undeniable influence, impacting culture around the world. We hope our TIDAL listeners can join us in exploring Hip Hop’s beginnings and following its movement around the world; maybe they’ll even add a new favorite track to their personal playlists along the way.”

Though hip hop was born on August 11, 1973, at a birthday party at 1520 Sedgwick Avenue in the Bronx h/t/ History), November became Hip Hop History Month thanks to Congresswoman Maxine Waters (D-CA) and Congressman Jamaal Bowman (D-NY). The two co-sponsored a bill – Resolution 331 – that includes “additional recognition of the genre’s fruitful contributions to broader American culture,” per Billboard. August 11 was designated Hip Hop Celebration day, in honor of DJ Kool Herc’s “Back to School Jam,” the party credited with birthing the genre. 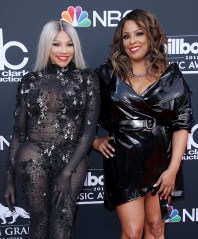 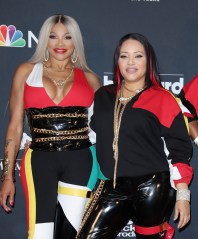 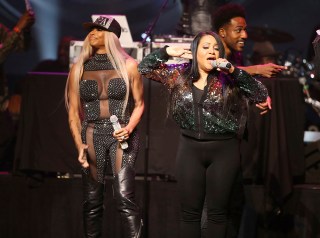 “Hip Hop is my life. Hip Hop saved my life. Hip Hop gave me knowledge of self. Hip Hop is who I am,” Congressman Bowman said of co-sponsoring the bill, per Billboard. “The celebration of Hip Hop history and the study of it is essential to our democracy, our innovation, our voice and who we are as human beings.” That voice is now celebrated with TIDAL. Click here for more information.