Harry Styles opened up in a new interview about how he prefers keeping his huge career separate from his personal life, which includes his relatively new romance with actress Olivia Wilde.

It’s been nearly a year since Harry Styles, 27, started dating Olivia Wilde, 37, and the superstar singer still hasn’t publicly addressed the romance. But in a new interview with Dazed magazine, which was published on Monday, Nov. 15, Harry offered a brief but understandable explanation as to why he’s continuing to keep this A-list relationship under the radar. “I’ve always tried to compartmentalize my personal life and my working life,” the former One Direction bandmate said. Harry said nothing more about his personal life beyond that, but hey, we’ll take what we can get!

Harry and Olivia found love while filming her upcoming movie, Don’t Worry, Darling, last year. The pair went public with their romance in January 2021 when they were spotted holding hands at a wedding in Montecito, California. That was just two months after Olivia had split from her longtime partner and fiancé, actor Jason Sudeikis, with whom she shares two children: son Otis, 7, and daughter Daisy, 5.

This new Hollywood romance has gotten very serious in the past months. In fact, Olivia confirmed in October that she’s partially living in the United Kingdom — Harry’s home. “I’m finally driving a car. I feel really good about it,” the Booksmart director told Vogue. “I usually was in New York and not needing a car, but now that I don’t live there anymore and I live between L.A. and London, driving is now a thing where I’m like, ‘How am I going to participate in future innovation in a good way?’ I’ve been driving an electric car. And I’m like, ‘Ah, this does make me feel like a better human being.’ ” 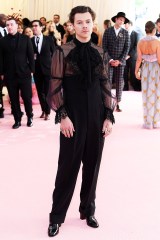 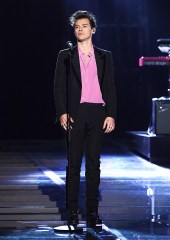 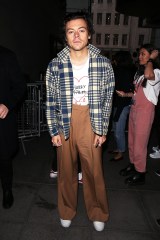 Don’t Worry, Darling, which brought Harry and Olivia together, doesn’t arrive in theaters until September 2022. That means fans have a ways to go until they see the couple’s collaboration on the big screen. The film follows a 1950s housewife named Alice (Florence Pugh) who lives in utopian experimental community with her husband Jack (played by Harry). Her idyllic life begins to unravel when she suspects that things are not as they seem.