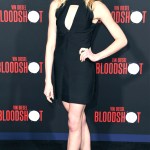 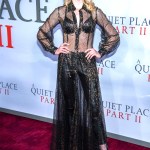 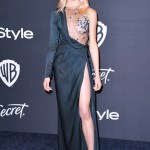 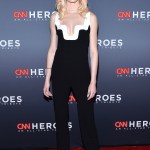 Katherine McNamara will be reprising her role as fan-favorite Mia Smoak in the upcoming ‘Armageddon’ event on ‘The Flash.’ She revealed EXCLUSIVELY on the HollywoodLife Podcast what to expect from Mia’s return.

Mia Smoak is back in the game! Kat McNamara is returning to the role she originated on Arrow for Armageddon crossover event, the 5-episode special event that is kicking off The Flash’s eighth season starting November 16. For Katherine, getting the chance to play a character she thought she’d said goodbye to was dream come true.

“I was ecstatic. I really didn’t know much about it for a long time,” Kat admitted on the HollywoodLife Podcast while discussing her partnership with Alcon on their See What Happens campaign. “When they first reached out and said, ‘Hey, would you ever be interested in coming back as Mia Smoak?’ I said, ‘Yes. When do you need me? I’ll be there in two hours.’ She’s a character that means so much to me, and they took such good care of her. I really, really never thought I’d get to go back, and I’m so glad that I have the opportunity to revamp her story a little bit and bring her back to life, and hopefully lend some information to some of the questions that people have.”

Has Mia changed much since the last time we saw her? Kat weighed in: “I can’t say much, but in true Mia and Green Arrow fashion, she’s definitely driven by her own impulses and by her own sense of justice, and by her need to fulfill the promises she made to Oliver and to try and fulfill her father’s legacy and carry it on in a way that would make him proud. But also hold on to those bits of family that she has left. It really can be a struggle for someone who has a difficult time with vulnerability and who has a difficult time with letting others in to help. That’s not necessarily Mia’s fort. It’s definitely interesting, but getting to come back and wear the suit again… The crew is amazing, and it’s so much fun to just be back in that family again.”

The actress admitted that she wanted to “plant as many Easter Eggs as I could” during her appearance in the crossover. “Different elements that we planted, particularly in the pilot and the final episode of Arrow, I wanted to tie in as much of that as possible,” she added. “We found ways to do that were scripted and some that are just visual and otherwise. My mind was blown just for my first conversation with Eric Wallace, who’s the showrunner over there at The Flash. His enthusiasm at Mia’s character and bringing her back and continuing her story in a really fun and interesting way I was immediately inspired by. I worked with the writers, and they already had such a great essence of who Mia was. Together, we answered a few questions and found some little things to throw in there.”

Getting to put on Mia’s suit again proved to be an emotional moment for Katherine. “I remember putting the suit on again in my first fitting back, and I teared up a little bit because it just felt right,” she told HollywoodLife. “You feel like you’re home, and you just suddenly feel as though you’re in the right place for the first time in two years.”

The Arrow spinoff,  Green Arrow and the Canaries, did not move forward at The CW. Similar to the Armageddon event, Kat is “always open” to bringing back the character of Mia Smoak. “Again, Mia and her story and her world and the Green Arrow itself, it’s something that I cared deeply about,” she said. “I would love and be honored to continue to be able to play her and bring her story to life. I always say this about The CW and about Warner Bros. and DC and all of that, if you’re not dead, and sometimes even if you are, there’s a way to come back. So if they will have me, I am open to shooting arrows with them anytime.”