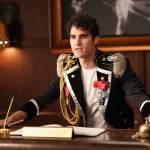 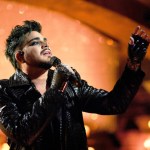 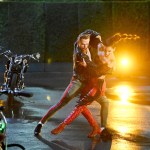 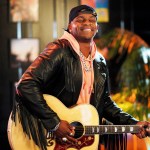 Adam Lambert was one of the performers of ‘The Queen Family Singalong’ special, and he did not disappoint. The ‘American Idol’ alum slayed one of Queen’s classic songs.

Adam was one of many incredible performers honoring Queen. During the special, other artists like Fall Out Boy, Jojo Siwa, Pentatonix, OneRepublic, Jimmie Allen, Derek Hough with Alexander Jean, and more performed Queen songs. Darren Criss served as the host of the special and performed as well.

Adam is no stranger to Queen’s collection of hits. Adam’s journey with the rock band started when he was a contestant on American Idol back in season 8. He actually auditioned for the show by singing “Bohemian Rhapsody.” The singer performed alongside “We Are The Champions” with the band on the show.

After Adam came in second on American Idol, he began performing with Queen in 2011. He’s become the new lead singer Queen + Adam Lambert. Adam went on a world tour with the band in 2014. Adam and the band were set to go on the European leg of their Rhapsody Tour when the COVID-19 pandemic hit. Those dates have been rescheduled for 2022.

The band’s original lead singer was Freddie Mercury. Freddie passed away in 1991 at the age of 45 due to complications from AIDS. “I knew I didn’t want to do an impersonation. Freddie and I are different. We look different, we have had different experiences,” Adam told The Times in 2020.

He continued: “There are parallels — I’ve been known to have a loud personality, and let’s say there are similarities to our personal lives — but I’m aware that the audience is not seeing Freddie. That’s why I have to give the best performance I possibly can and make sure nobody leaves disappointed.”