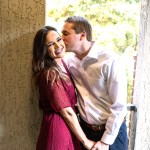 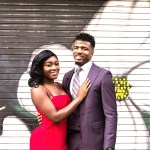 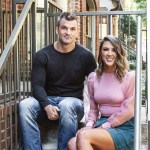 Zack and Michaela finally sit down to figure out the future of their relationship in this EXCLUSIVE preview of ‘Married At First Sight.’ She calls him out for abandoning her, but is that really what happened?

Zack and Michaela have a heart-to-heart with Dr. Pepper about the state of their marriage. Michaela specifically brings up the moment at the retreat when she claims Zack left her. In this EXCLUSIVE preview of the October 27 episode of Married At First Sight, Michaela tells Dr. Pepper that she begged Zack not to leave.

“As you know, abandonment is one of my biggest triggers,” Michaela says. For Michaela, that’s the one thing she did not want him to do, and then he ends up doing it in such a “big, explosive way.”

After that, Michaela acknowledges that they both needed time to “think and manage our feelings.” However, when Michaela reached out and said she didn’t want to lose Zack, he didn’t respond. “At this point, it’s like I’ve thrown a hail mary, and there’s nothing else I can do,” Michaela admits.

Dr. Pepper then turns her attention to Zack. Instead of responding to Michaela, he says, “I cannot say anything right now. I can just listen right now.” This story from Michaela is not exactly how Zack sees the situation.

Three days earlier, Zack and Michaela had an argument in bed. She admitted that she didn’t want to ride back from the retreat with him. Zack said that if she wasn’t going to ride back with him, then he would just leave tonight. She told him to “go home now.” They continued to argue over whether or not Zack was really going to leave.

When Zack was just about to get into the car, Michaela walked up to him. He begged her to let him leave and drive home. Zack finally did drive away and Michaela went inside. She flipped over a bench and a stool. In her room, a producer was trying to hold Michaela back. She yelled at the cameraman to “get out” of her room. Married At First Sight airs Wednesdays at 8 p.m. on Lifetime.