Even though Kim Kardashian and Beyonce have put feud rumors to rest many times, fans are still convinced there’s bad blood between them. Bey shut down the speculation once again on Kim’s 41st birthday.

Kim Kardashian turned 41 years old on Oct. 21, and she received countless messages from fans, friends family and fellow celebrities on social media. One star who made sure to pay tribute to Kim on her big day was Beyonce. Although Beyonce didn’t write an Instagram post in Kim’s honor, she did take to her website to send the reality star a special message. “Happy Birthday, Kim Kardashian,” Beyonce wrote, alongside a baby photo of the birthday girl.

Bey often does this for celebrities who she’s friends with, but the fact that Kim got a special shoutout didn’t go unnoticed by fans. There has been buzz for years about where Kim and Bey’s relationship stands, particularly due to Bey’s husband, JAY-Z’s, up-and-down relationship with Kim’s ex, Kanye West. When Beyonce and JAY-Z skipped Kim and Kanye’s 2014 wedding, all signs pointed to a falling out between the couples. However, they’ve since since dispelled rumors of a feud on a number of occasions.

Most recently, Kim proudly showed off a gift box that she got from Beyonce in Jan. 2020. At the time, Beyonce was promoting her Ivy Park collection and sending samples to tons of celebrities. Kim revealed that she was one of the lucky ones to get the promo box, and fans went wild over the exchange. In Feb. 2015, Beyonce also sat beside Kim and North at one of Kanye’s Yeezy shows for New York Fashion Week. 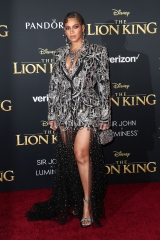 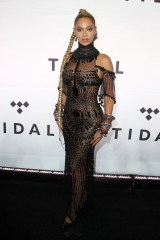 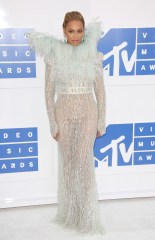 Kim’s 41st birthday came amidst some exciting times for her family. Although Kim had a tough 2021 due to her divorce from Kanye in February, her sister, Kourtney Kardashian, is thriving while dating Travis Barker. In fact, Travis proposed on Oct. 17, and the two are now engaged! Meanwhile, Kim’s youngest sister, Kylie Jenner, is currently pregnant with her second child.

As for Kim, she’s been working hard to continue studying law as she works to pass the baby bar exam, which she’s failed three times so far. She also hit a professional milestone earlier this month when she hosted Saturday Night Live for the first time.