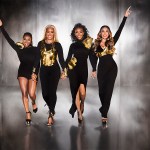 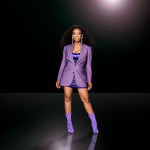 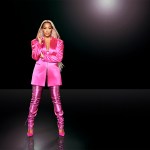 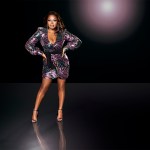 The queen of ‘Queens’ are here to stay! The highly-anticipated new series premiered on October 19 with plenty of drama, girl power, and epic musical moments.

The world of Queens begins in 1999 when the Nasty Bitches are the biggest hip-hop band in the world. Brianna (Eve), Jill (Naturi Naughton), Valeria (Nadine Velazquez), and Naomi (Brandy) are on top of the world and known as their alter egos Professor Sex, Da Thrill, Butter Pecan, and Xplicit Lyrics. Fast forward 20 years and everything has changed for these women.

Brianna is a busy mom of five. Her husband is a professor who has been taking time off for a medical problem. Jill is cheating on her husband and is in love with someone else. That someone happens to be a woman. Valeria is the ultimate opportunist, going so far as sabotaging her co-worker to get ahead. Meanwhile, Naomi is still performing, but to a barely-there crowd in Nashville.

Brianna, Jill, and Naomi find themselves at a crossroads in their lives. Brianna discovers that her husband is cheating on her with a student. Jill refuses to tell her husband that she’s in love with Tina. She fears the fallout because she’s Catholic and the daughter of a deacon. Naomi goes to see her daughter on her birthday, but it’s clear that Naomi has some making up to do. Their relationship is estranged.

When all four of the women hear their hit song “Nasty Girl” in a remix, everything changes. Their former manager, Eric, wants to get the band back together. But it’s not that easy. Naomi and Valeria have beef, specifically about Eric. When they see each other for the first time in 20 years, Naomi and Valeria immediately start fighting.

Once the fight breaks up, Eric tells the ladies that he wants them to perform at the BET Awards with Lil Muffin, a hot new artist. Naomi agrees to perform but wants Valeria to apologize first about whatever happened in the past. Valeria snaps that Naomi is just jealous of her success. She walks away and refuses to perform. However, she’s humbled very quickly when her sabotage is discovered.

Whatever was there between Naomi and Eric all those years ago is still very much there. They have a steamy night at the hotel. Some things never change.

When Valeria apologizes to Naomi, they all agree to perform. But their mood turns sour when Brianna gets some incredible shocking news: her husband has cancer.

The ladies befriend Lil Muffin in the lead-up to the BET Awards. Turns out, Lil Muffin has demons of her own. When they go to check on her, they discover that she’s overdosed. They immediately call 911 and take her to the hospital. Her manager is furious that she’s in a county hospital. This could become national news. Jill goes to bat for Lil Muffin and slaps her manager.

Brianna, Jill, Naomi, and Valeria have a heart-to-heart before they hit the stage again. Jill finally admits to the girls that she’s gay. When they perform at the BET Awards, Jill tells the world her truth. She’s finally free. Six months later, the Nasty Bitches (now known as Queens) are going on tour with Lil Muffin!