Scott von Ryper hits another mile marker on the road of his storied career on Oct. 15, when The Black Ryder co-founder and guitarist for The Jesus And Mary Chain releases his solo debut, Dream State Treasure. Ahead of its release, Scott has given a fuzz-drenched preview, a blistering sonic sunrise title “Pulse.” Acoustic guitars kick off the song — premiering here on HollywoodLife — before Scott comes in with a distorted guitar tone. “One day / I’m sure / going to leave these velvet shores,” he sings, like that inner voice that greets you at the crossroads in your hometown, that same voice telling you to take that on-ramp to get on that highway that’ll take you away from all of this.

“I think it’s partly about the idea of leaving a place, in this case, Los Angeles where I’ve lived for 11 years,” Scott tells HollywoodLife, as he now resides in Australia. “That’s probably why it always feels like a driving song to me. I always have this picture of driving fast out of the city when I listen to it; the feeling of escaping something.

“I’ve always loved the combination of acoustic guitar layered with really distorted guitars, especially with open tunings,” he shares. “‘Pulse’ is in many ways a sonic outlier on the album, given its use of more modern sounds like the drum machine and synth and the pace of it,  but lyrically I felt like it fit the record, and I’ve always loved the idea of having a few surprises on an album.” While the rest of Dream State Treasure doesn’t match “Pulse’s pace, the album is a stunning piece of moody, atmospheric music that conveys not just a vibe but an attitude. Dream State Treasure is the album for anyone who’s ever felt complete only when they’re wearing sunglasses and behind the wheel of a car going anywhere but here.

In an EXCLUSIVE interview for HollywoodLife, Scott tells about the making of “Pulse” while sharing some insight into his songwriting process and the “great personal change” he experienced during the pandemic lockdown. 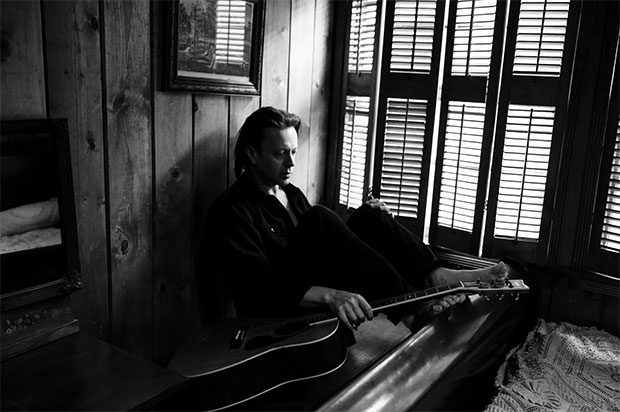 HollywoodLife: What was the inspiration behind “Pulse”? What do you want your fans to take away from this single? What does it mean to you personally?

Scott von Ryper: I think it’s partly about the idea of leaving a place, in this case, Los Angeles, where I’ve lived for 11 years. That’s probably why it always feels like a driving song to me. I always have this picture of driving fast out of the city when I listen to it; the feeling of escaping something.

At the same time, it’s about leaving a life behind; always being on the run, in search of something; a real home. Part of the song is my future self looking back at this running, and inability to really connect, and never having that feeling of fitting in anywhere.

Can you share a bit about your songwriting process? And what do you think makes a good song?

The process can be different from song to song. It could start with some chords on guitar or piano and a simple melody idea. Alternative guitar tunings can help me break free from traditional ideas too, which is what happened with “Pulse.” A few words or sounds of words will usually enter my head on a stream of consciousness basis, and then those words help me remember the melody idea. Sometimes some of those words will give me an idea of what the song should be about.

I almost always start recording the song right from its infancy, as I have a decent home studio set up. I don’t wait to flesh it out or finish it. I capture it immediately and then continue to work on it once it’s recorded. The production of a song usually starts before the song itself is even finished being written, so in many ways, the studio itself is part of the songwriting process and inspiration for me.

What makes a good song? For me, it’s the ability to connect to it through emotion. Emotion isn’t just created from the lyrics. It can be created from the chord progression, melody, sound choice, and production. Does it make you feel something? There is probably no one or correct answer to that question. 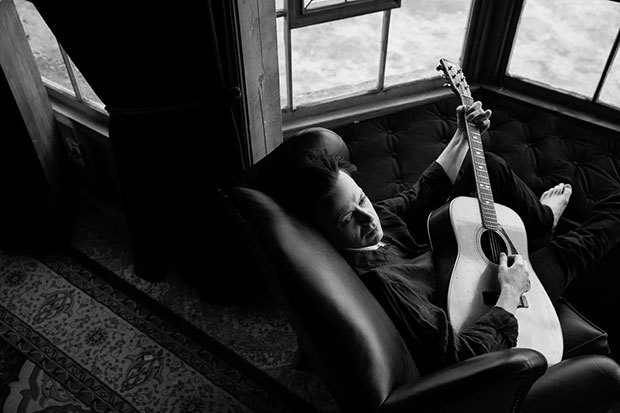 How has Australia influenced the music you make?

I was asked this for the first time recently, and it really made me stop and dig deep on that thought as it’s something I’d never really considered too much.  I think the fact that I grew up in pre-internet times in a country quite geographically isolated from the world definitely shaped my music consumption. I don’t know if a kid growing up now would have the same experience, though.  The internet broke down most of those barriers.

Australia is very supportive of its own artists, requiring stations to play a certain percentage of local music, so I heard a lot of Australian music growing up and looked up to some of those bands in my formative years. Bands like The Church ad The Triffids were very influential to me in my teenage years, among many others. I still think of myself as an Australian artist despite not living there for some time now.

How have you been spending your pandemic time?

Well, for the first 6 to 12 months, I must say that I was pretty productive. I mixed a record for a friend and then finished my own record. I also used the time to make a bunch of personal changes and focus on some self-care, which had been sadly overlooked for a long time. I now have a healthy eating and sleep schedule and a new daily reading and meditation habit, for example. It has really been a time of great personal change for many people I’ve spoken to about this.