Though SK8 has never been afraid to incorporate different genres in his work as a hip-hop artist, the Nebraska native leans heavily into the punk and rock sound in “Girl Next Door,” his collab with Wiz Khalifa and DVBBS. Once the chorus kicks in – “Christian Dior, you know what it’s for (What it’s for) / Got a crush on a girl next door (Next door)” – so do the drums, as the hip-hop production gives way for a blast of punk rock. For SK8, who tells HollywoodLife that he grew up “watching punk bands perform in garages,” the song seems to represent coming full circle. He merges his past with his present to make the sound that will guide his future.

“This song isn’t necessarily about falling in love,” SK8 tells HollywoodLife. “It draws to that feeling of high school nostalgia, back home, chilling outside, playing basketball, and thinking about the ‘girl next door.’ There’s never been a specific ‘girl next door,’ just the idea of it.” The video brings that “nostalgic feel,” with SK8, DVBBS (Christopher and Alexandre van den Hoef), and Wiz jamming out in a garage.

“DVBBS and I ended up in the studio together one night, and I played them ‘Girl Next Door,’ and they really liked it and wanted to be a part of it, so they added a bunch of post-production,” says SK8. As for Wiz – who is no stranger to working with rock groups – he had nothing but praise for the track. “He was like, ‘bro, you’re going somewhere with this one, this is dope, I love the sound, etc.,'” says SK8 when asked about Khalifa’s first reaction. “He just really f-cked with it and wanted to hop on the track.” 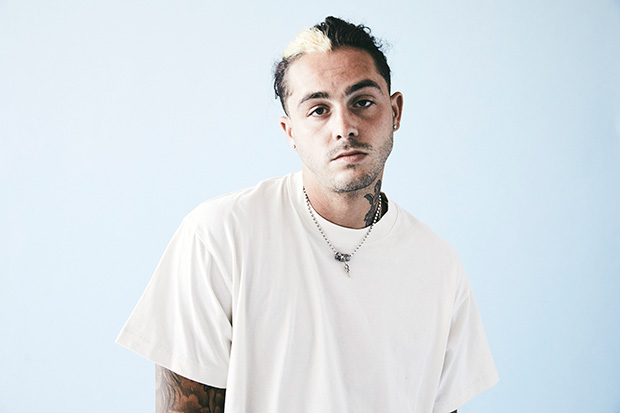 Much like how fooling around in a garage or a bedroom birthed many music careers, SK8 shared that this new grunge/punk-inspired sound came from a moment of experimentation. “I got in the studio with my best friend Rook, and he started playing guitar and live instruments over my beats,” he tells HollywoodLife. “I was really into the sound. That’s basically how the sound started to evolve.”

Evolution is the name of the game for SK8. Since arriving on the scene in 2015 with “Like That,” alongside social media stars Jack & Jack. Since then, he’s built a name for himself. He signed toArt@War with a deal at Atlantic (while being managed by Taylor Gang). He even set up his own label imprint, Alignment. “The best thing about starting alignment has been having a real label and corp under my name that I can eventually sign artists to,” he says.

One of those next stars might be found on TikTok. Sk8 is no stranger to social media success. In the early stages of his career, he built a following on Vine. Now, with everyone on the clock app, SK8 is “starting to get hip to the TikTok world,” he says. As for the next great star looking to blow up in TikTok, SK8 tells not to be a tryhard about it. 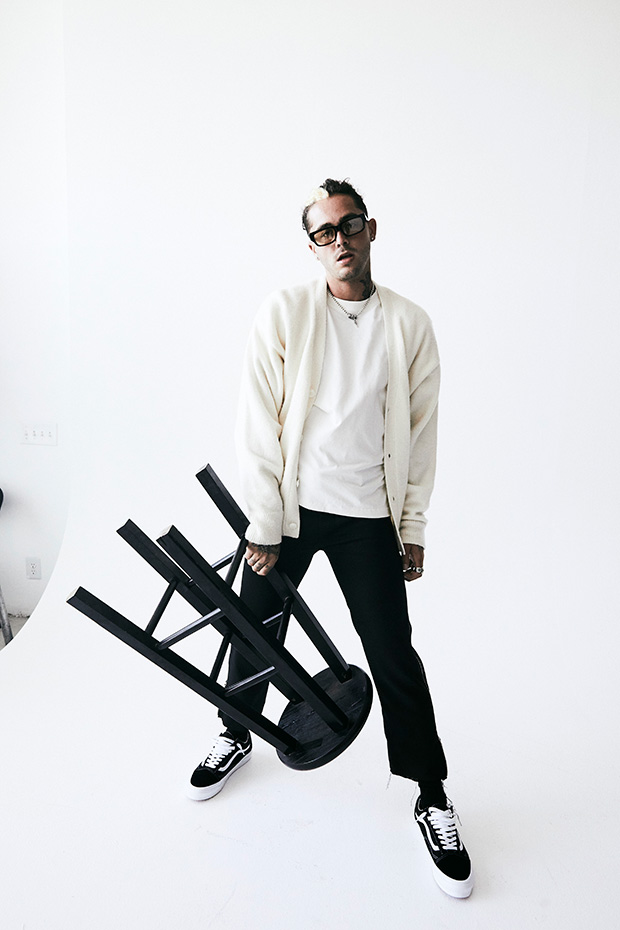 “My advice is to not look for fame, and you’ll get it,” he adds. “I don’t like to give people advice on how to get famous because that’s not a happy way of life. Fame comes from whatever you’re passionate about and work hard at, so keep grinding.”

Expect SK8 to practice what he preaches. He has a tour kicking off in spring 2022 – “Expect a live band and a DJ,” he says. “Expect stuff you’ve never expected” – and he’s got a few more surprises before the year is over. He says that “a couple of remixes to ‘Girl Next Door’ coming out this year, a few singles, and then the album will follow.”