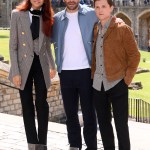 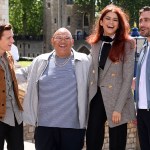 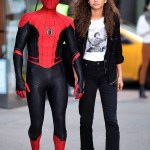 Zendaya called Tom Holland ‘a perfectionist’ as an actor, and expressed her appreciation for Tom’s devotion to the ‘Spider-Man’ film franchise.

Zendaya, 25, couldn’t help but gush over beau Tom Holland, 25, and his work in the Spider-Man films when she spoke to InStyle for an interview published on Tuesday, October 12. “There are many things, obviously, that I appreciate,” Zendaya said. “In an actor way, I appreciate that he really loves being Spider-Man. It’s a lot of pressure — you take on the role of a superhero wherever you go. To the little kid who walks by, you are Spider-Man. I think he handled that so well,” the star added.

Zendaya, who stars opposite Tom in the superhero movies as MJ, Peter Parker’s love interest, went on to say about her handsome co-star, “And seeing him at work, even though he’s not a Virgo [laughs], he is a perfectionist.” The Dune actress then shared her own personal experience at witnessing just how devoted Tom truly is to the Spider-Man film franchise.

“Our director allowed me to come in every day [of the shoot], and it was cool to see how he cares so much about his work and making it right,” she said about Tom. “I watched him do a fight scene all day, which is exhausting. He’d do a move, come back to the monitors, watch it, and say, ‘I can do that better.’ I’d be like, ‘Dude, you got it.’ But he wants us to be perfect, and I really appreciate that,” she added. 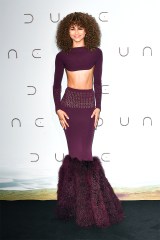 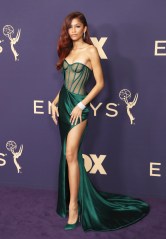 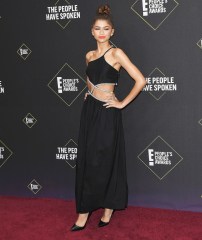 Zendaya and Tom have had a close relationship since filming the first two Spider-Man movies in 2017 and 2019. For years, the pair denied on-again/off-again romance speculation — but everything changed when they were spotted making out in Tom’s car in July on the Sunset Strip in Los Angeles. They were later spotted on a dinner date. After those outings, a source EXCLUSIVELY told HollywoodLife that Zendaya and Tom are “very happy together and are legitimate best friends from working with each other, and that has now turned itself into so much more.” The insider added, “They are not going to go out of their way to broadcast their relationship but are very aware that they now have the world’s attention.”