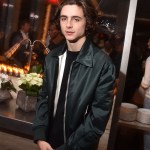 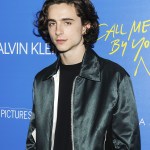 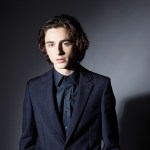 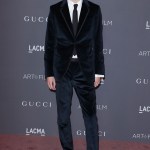 The long wait for the ‘Dune’ trailer is over. Timothée Chalamet rises as an action star in the new film ‘Dune.’ His character crosses paths with Zendaya in his dreams and in reality in this epic first look.

Timothée Chalamet takes on the coveted role of Paul Atreides in Denis Villeneuve’s Dune. The film follows Paul Atreides, a brilliant and gifted young man born into a great destiny beyond his understanding. He must travel to the most dangerous planet in the universe to ensure the future of his family and his people.

“There’s something happening to me,” Paul says in the 3-minute trailer. “There’s something awakening in my mind. I can’t control it.” In a brief glimpse, you see Paul and Zendaya’s Chani leaning in for a kiss. She calls out his name, and he suddenly wakes up from his dream.

“There’s a crusade coming,” he continues. Paul has proven he can rule himself, but now he has to show he can rule others. “Something none of your ancestors learned,” Gaius Helen Mohiam tells Paul. Paul says that his father rules an entire planet, but he’s losing it.

Paul soon realizes that someone is picking off his family one by one. He crosses paths with Jason Momoa’s Duncan Idaho, who is ready to “fight like demons.” When Paul comes face-to-face with Chani again, he recognizes her from his dream. “The future, I can see it,” Paul says. “I must not fear. Fear is the mind-killer. When the fear is gone, only I will remain.”

Dune, based on the 1965 novel by Frank Herbert, is the first of a planned two-part adaptation. Dune was originally adapted into a film in 1984 by David Lynch. Kyle MacLachlan starred as Paul Atreides.