Boasting enough energy to power all the lights in Tinsel Town and more heartfelt lines than a well-practiced Oscars awards speech, Right On, Kid bursts on the scene with their debut album, Life Is A Movie (via Manic Kat Records.) Hailing from Albuquerque, New Mexico, Right On, Kid — Zach Rose (Lead Vocals), Nick Encinias (Guitar/Vocals), RJ Butler (Lead Guitar), Matt Jaramillo (Bass), and Eli Shinn (Drums) – delivers eleven songs of honest punk goodness over the course of thirty minutes. From start to finish, Life Is A Movie is a surging, head-bopping experience, with electric production coupled with infectious rhythm. However, as the band shares with HollywoodLife, Life Is A Movie touches on some serious subject matter.

“The whole point of this album being titled Life Is A Movie is based around my experiences with dissociation and negative projection,” Zach Rose shares with HollywoodLife. Themes of disassociation and mental health struggles are woven throughout Life Is A Movie, from the album opener to modern punk ballad “Head Sick” to the emo-fueled “Expressionless.” Life Is A Movie also covers the pain of drifting apart (“Stay Close,” “9/22”), coping with your feelings (“No Fireworks”), and the challenges of growing up as an “overly caffeinated, 20-something-year-old” in 2021 (“Blame It On Luck”).

Luck might have had a hand in the band’s recent success, but a lot of hard work has gotten Right On, Kid where they are today. The group has toured with bands like The Ataris and Senses Fail (and recently opened for the Foo Fighters.) Their two EPs – Forever Missing Out and When Words are Enough – built a buzz for the group, with the latter hitting Billboard’s Heatseeker’s Chart. Life Is A Movie has continued that trend, reaching No. #8 on the Alternative New Artist Albums Chart

With Life Is A Movie, things might turn out all right for Right On, Kid. But, as the album shows, not every Hollywood ending is a happy one. The glitz and glamour don’t linger long once the film ends. “Oftentimes, we forget that the grass is not always greener on the other side,” Zach says when discussing “No Fireworks.” It’s a theme that closes out the album on “Cold Night, Blank Stares,” a song about the highs and lows that come with success – and how positivity can turn toxic. In this EXCLUSIVE track-by-track review, Zach shares details into what went into Life Is A Movie and how this album helped him realize that “there is no real [one] way to go through life.” 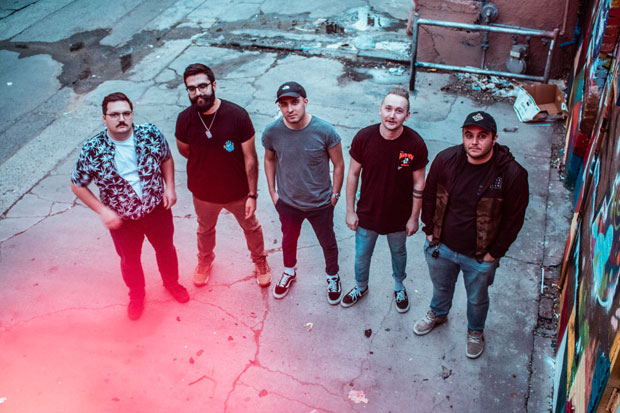 This short intro track sets the mood for the album. It talks about how it can be extremely easy to get inside your own head and experience intrusive thoughts without even knowing what kind of damage is being done. The whole point of this album being titled Life is a Movie is based around my (Zach) experiences with dissociation and negative projection. This song ultimately points out that being introspective and allowing yourself to talk about how you feel is the only way to get better.

“Stay Close” was written about how hard it can be to deal with friendships that grow apart as both people grow up. Everyone is off doing their own thing, and it’s really cool to see your friends progress through life. However, it can be hard when life turns into a competition, and those around you start to give your success their own definition. Everyone is different. There is no real way to go through life.

I (Zach) wrote the lyrics this song about how divided mental health awareness has become in the past five years, especially with certain organizations praying on the idea of “hope” rather than help. Depression, anxiety, and PTSD are diseases that should be treated professionally and equitably, people can’t continue to count on hope.

“Indigo” was specifically written about dissociation. The word “daydream” in this song should not be defined literally. It represents the feeling of watching yourself do things when you are dissociating. This feeling is totally new to me and is something that I am working on learning to cope with more effectively. This song was one of the ways that helped me rationalize my feelings.

We have never written a song quite like this one before. It is groovy, fun, but also kind of dark. The lyrics for “Expressionless” are about the different ways people cope with stress and the different stigmas that surround stress itself. A lot of the time, instead of dealing with stress, people will use coping mechanisms. But this song is about how sometimes those coping mechanisms are all you have, and that’s okay.

We actually had the lyrics for the interlude done before any other song on the album. It’s a transition in the album from songs about internal emotions to how those emotions can be projected onto others either positively or not.

“Blame It On Luck”

“Blame it on Luck” has a very tongue-in-cheek feel to it. I (Zach) have always wanted to write a song about being an overly caffeinated, 20-something-year-old and feeling like you should have to blame every piece of success on luck. Unfortunately, people don’t know how to give themselves enough credit, and this song points that out.

“9/22” is about lost connections with people you feel like could be something extremely special in your life. I think sometimes it’s easier to view life as a timeline and disregard the people you met in college or through a job you had in High School. But sometimes, those people either stay connected to you in some way or make a return and are incredibly influential. It’s important to take those second chances to reconnect because you never know what could happen. 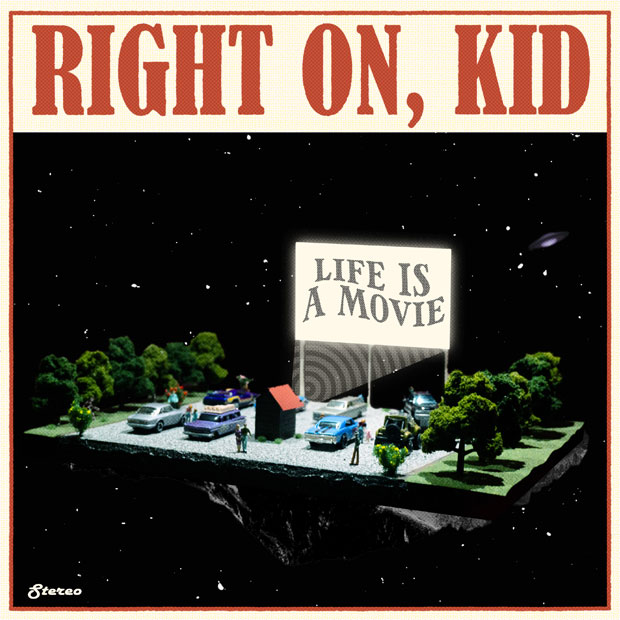 “Come Back into View”

We always have one cute/sad acoustic song on our releases. These songs are always fun to write because they allow us to step out of our comfort zone and really focus on making a song that is greater than the sum of its parts.

“No Fireworks” can be defined easily by its name. This song is about projecting inner thoughts onto those around you and slowly breaking those connections over time. Oftentimes, we forget that the grass is not always greener on the other side and continue to put a strain on meaningful relationships selfishly.

Ultimately, this song is about the struggles that come with being in a touring band. Being thousands of miles from home, struggling to make money, and having to put a strain on home life can be extremely difficult. We’ve been told that we should be grateful for what we get to experience, but sometimes that point of view can be harmful. We want our musician friends to know that it is completely okay to feel burnt out, lost, and unmotivated. Being in a band is hard, but you should be proud of the work that you put in, no matter what the outcome is.

Right On, Kid’s Life Is A Movie is out now. For information about the band, click here.