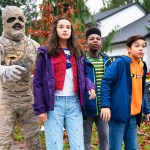 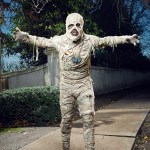 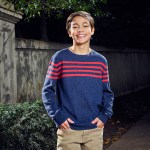 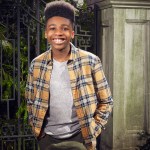 ‘Under Wraps’ is getting a revamp 24 years later. HL spoke EXCLUSIVELY with the cast and director of the latest DCOM about how the movie compares to the original, the mummy transformation, and more.

Under Wraps was the Disney Channel Original Movie that started it all. The spooky film was the first DCOM to be released all the way back in 1997 and started a DCOM dynasty. Twenty-four years later, Under Wraps is getting a modern spin. HollywoodLife got EXCLUSIVE scoop from director Alex Zamm and cast members Malachi Barton, Christian J. Simon, Sophia Hammons, and Phil Wright about the highly-anticipated remake.

“I would say the DNA is exactly the same: three wonderful friends who have very different lenses in the world,” Alex told HollywoodLife. “Marshall is adventurous. Gilbert is a little more trepidatious, a little more fearful. Amy is the instigator and the brains of the operation. They all find themselves in a Scooby Doo-esque adventure of solving a mystery of how did this mummy come back to life and how do they get him back to his afterlife in time before he turns to dust or before the antagonist gets to him, whichever one comes first. That DNA has stayed the same. We’ve dressed it up with different jokes, different things. Instead of Harold being a fish out of water, wandering through town as he did so beautifully in the first one where he goes to the hospital, in this one we have him dragged by a bus when his wrap gets snagged on the bus. There’s a lot of little things and also embracing that Phil Wright, who plays Harold, is just a world-class choreographer and dancer. We had the opportunity to embrace what this actor brings to the party and have him be someone whose bones are stiff after 4,000 years of being asleep, and then he starts to learn how to move and becomes the life of the party. That was a great spin to put on this movie.”

Malachi noted that there are “differences” in the remake because the 2021 movie is “much more modernized than the original and when it comes to Harold’s costume. When it comes to just the rest of the movie, Kubat, or as we like to call him, Killbot, is a much bigger concept threat throughout the movie. He’s kind of always behind a corner, and it’s tough for the kids because they’re constantly running from some creepy, weird, crazy, next-door neighbor guy.”

Phil makes a total transformation as the lovable mummy Harold. But this time around, the mummy has some major moves. “I think that Harold, looking back at the 1997 version, his costume was very, very rigid and very stiff throughout the entire movie,” Phil told HollywoodLife. “He really didn’t bend his limbs at all. I think they had an idea of, hey, we want to sort of make Harold dance and do all these other things now, so they constructed this outfit for me. It was actually very, very interesting because I had about 15 different pieces on my body and the process was crazy. I think the comparison from 1997 to now is that I was able to dance, do a split, do a backflip, everything in that costume.”

As for how that transformation went down every single day, Phil revealed, “It took about an hour to get into every day. So if the kids’ call time was 7 a.m., I was there at 5:45 a.m. getting ready in the chair. The special effects team made me feel as comfortable as possible. Although it was long, they made me feel at home and very compromising knowing that this kid is under his mask for so long.”

Christian and Sophia join the cast as Gilbert and Amy. Christian said that Gilbert is “a very honest, smart 12-year-old who does not like scary movies. Don’t try to get him to watch one. He’s always there for his friends, but he also knows how to set boundaries and is not afraid to let you know how he feels. He’s super honest. He’s the voice of reason. But you also see throughout the movie that he begins to love Harold for who he is on the inside.”

Sophia plays Amy, the new kid in town. “She’s pretty fearless when it comes to everything honestly,” Sophia revealed. “She has to learn throughout the movie to look at things from a new perspective. At the beginning of the movie, I think she has her guard up, and she doesn’t really want to befriend Marshall and Gilbert, but then when she hears about a suspicious thing going around near their houses, it’s like, well, this is the perfect opportunity. She wants to be an investigative reporter, so this is the perfect opportunity to write a story but also make some really great friends. I don’t think she expected it to be a live mummy that scary.”

Under Wraps will premiere at 8 p.m. on Disney Channel. The movie will be available on Disney+ starting October 8.