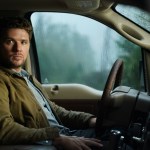 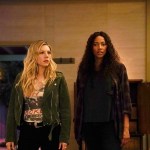 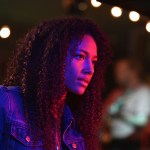 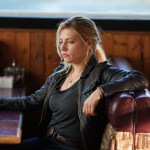 ‘Big Sky’ is back for season 2 and Jenny Hoyt is still kicking. HL spoke EXCLUSIVELY with Katheryn Winnick about how Jenny’s near-death experience changes her and the ongoing search for Ronald.

At the end of Big Sky’s first season, Jenny Hoyt’s life was in major jeopardy after being shot in the chest. She was last seen bleeding out and on the way to the hospital as Ronald escaped once again. Jenny survives the attack, but she’s a changed woman in season 2.

HollywoodLife got EXCLUSIVE scoop from Katheryn Winnick about Jenny’s journey in season 2. She hinted at a whole “new version” of Jenny and a “different arrangement” with Cassie moving forward. The actress also teased more of Jenny’s personal life, including a romance! Read our Q&A below.

In the season 1 finale, Jenny was left barely hanging on after getting shot. How is she recovering from that when season 2 begins?
Katheryn Winnick: The start of season 2 is really moments right after she got shot. You see in clips of the trailer that she’s being taken on a gurney to the hospital right after being shot. What’s interesting is Elwood [Reid] and the writers actually had her flatline so she had a near-death experience. I absolutely loved that because after doing some research on people that have died and came back, it definitely changes you. It has to change you in some way in terms of your perspective and who you are and the choices that you make moving forward. For me, it’s finding ways how Jenny is different now that she has a second chance at life. You will see a new version of her. It’s Jenny 2.0. She decides that she now wants to be a cop again and get the badge to be more effective and get stuff done versus being a P.I. and coming up with a different arrangement with Cassie to be able to help solve cases from different angles. I think that really puts Jenny in a much stronger position to be able to go after what she feels and get the job done.

Speaking of Cassie, Jenny’s bond and working relationship with Cassie evolved over the course of the first season. What can you say about how that dynamic continues to progress in season 2?
Katheryn Winnick: That relationship does evolve. Jenny tried to save Cassie’s life and got shot for it. I would say that there’s a true love there, and she’s truly my partner in crime in a lot of ways, and I would say even a love interest in a way because there’s a strong love for each other. That relationship continues to evolve. You see Jenny in a different place, hopefully, with a new love interest this year, so it’s not about Cody but someone else for her. Cassie’s in a different place too and also trying to be in another relationship. They also have the same goals, and they realize that they both want to be able to solve these crimes and go after Ronald, but maybe from different angles. That way they can be more effective. I think it’s a good dynamic this year.

That damn Ronald is still out there. What’s next in regards to the search for him?
Katheryn Winnick: I’m excited to say that we got one of my favorite human beings actors back on set this year. They got John Carroll Lynch, who played Rick Legarski. Rick Legarski’s brother is going to be back, so you see him with Ronald a lot and the hunt for him still continues for Cassie and Jenny. I think that’s the overall major thing that’s bugging both of them. We really want to be able to get to Ronald and get to the root of the problem and know that there’s something more. But in the meantime, there are new cases. There’s been some other deaths and murders. There are missing drugs and money. There’s a cartel that came into Big Sky. There’s literally a flood of great new characters and great new castmates to play with. I’m excited to really start a new chapter with a new storyline. You’ll see Jenny’s personal life shown more. You didn’t really see too much of her last year in terms of what she’s going through, but you’ll see her home life. There’s a new character that we added, a blast from the past named Travis, who Logan Marshall Green plays. They knew each other when they were both undercover cops, but it opens up a whole new dynamic of where Jenny is in her personal life. They work together to try to have a partnership and solve cases.

A possible romance, perhaps?
Katheryn Winnick: She has had a relationship with him in the past, a working relationship as an undercover cop. But you will see Jenny with a little kick in her step and maybe a smile. There’s definitely history.

I am so excited to see more of Jenny and Cassie. I love how Big Sky puts two female characters in the center of this show. It’s really about them and their bond and solving these cases. I just love seeing that on TV, especially on broadcast TV.
Katheryn Winnick: This show is really about two strong women that go after the same goal. I think it’s really important to show that kinship, to show that partnership, but also behind the scenes support women directors. I’m excited to direct, hopefully, this year for Big Sky and to support more directors and female producers. We’ve been working with the writers to get some strong women voices and to be able to represent women more on television.