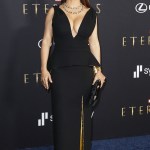 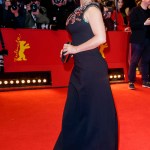 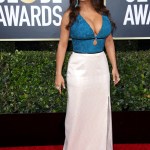 The Mexican-American actress looked stunning as she cozied up to her hubby, François-Henri Pinault, on a scenic boat ride.

Salma Hayek is the true definition of a natural beauty. The 55-year-old actress showed once again that age is but a number when she went makeup-free for a stunning selfie she took with husband François-Henri Pinault, 59, on Tuesday (Sept. 28). In the snap, the Eternals star cuddled up to her French businessman beau as they enjoyed what seemed to be a romantic boat ride in the ocean. Salma gave the camera a sweet selfie, while François-Henri had a soft grin on his face.

In her caption, Salma congratulated her husband on a major development at his luxury goods company, Kering. “So proud of my husband, François-Henri Pinault! Kering announced last week that it is going entirely fur free!” The star also re-wrote the celebratory message in Spanish.

Salma’s latest outing with her hubby comes after the actress rang in her 55th birthday at the beginning of the month. For her big day, Salma was surrounded by family and friends, including close pal and Eternals co-star, Angelina Jolie, 46, while sitting in front of her birthday cake in a clip she posted to IG. The guests were all shouting “Mordida!” before she put her face in the cake to take the first bite, which is a tradition Mexicans take part in during birthday celebrations. And based on the smile on Salma’s face, it looked like had a great time celebrating another year around the sun! 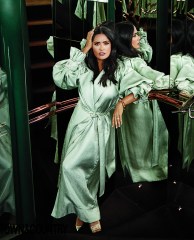 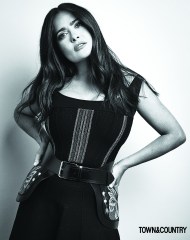 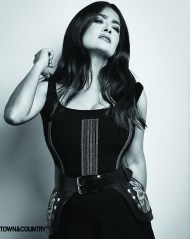 The Like A Boss actress also recently used her social media to share a rare pic of her stepson Augie, 14, who is the son of François-Henri and his ex-wife, Linda Evangelista, 56. Salma became the boy’s stepmom mom when she married François-Henri in 2009, though Linda didn’t reveal the identity of Augie’s dad until two years later. Linda and François-Henri fought over Augie in a contentious custody battle, but the arrangement was eventually settled out of court.