Stutton Stracke, 50, has been quite vocal on this season of The Real Housewives of Beverly Hills about her feelings on the legal drama involving her co-star, Erika Jayne, 50.  She’s taking it so seriously that she hired security during filming of season 11 of the show! “Sutton was afraid of Erika and the situation surrounding her,” a source close to production told HollywoodLife EXCLUSIVELY. “So much [so] that she requested security during the remainder of filming of RHOBH.”

Erika has been embattled in a ton of legal issues and it’s been highly covered all season long. After filing for divorce from husband of 22 years, Tom Girardi, 82, news began to surface as the cameras kept rolling about the couples involvement in allegedly embezzling money from plane crash victims while also hiding funds. Tom’s once successful law firm has also been a part of the lawsuits. Erika also alleges Tom cheated on her and did things behind her back, like owning homes she didn’t know about. 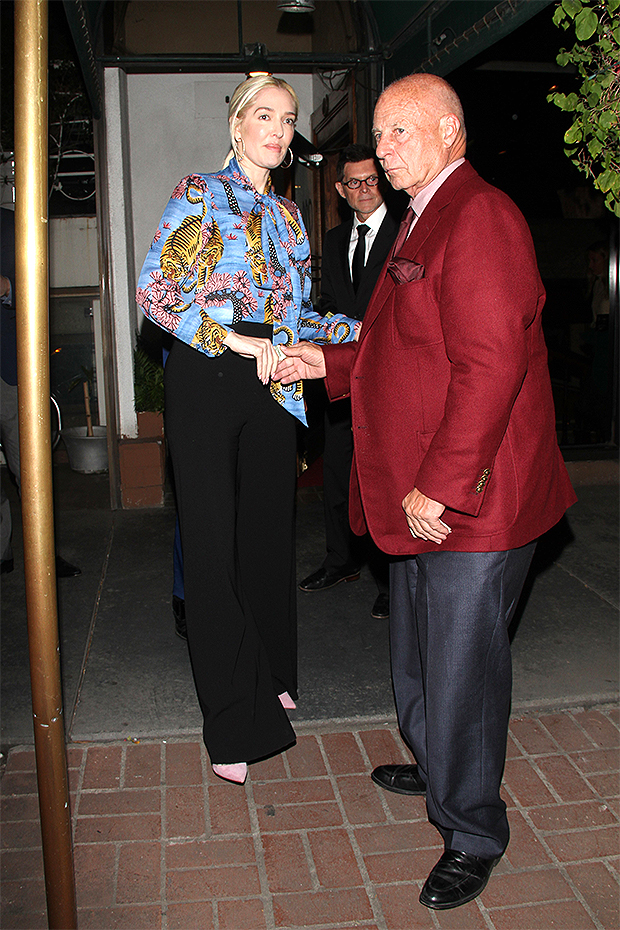 An LA Times article was at the center of chatter during an episode in La Quinta. “I am definitely ready for a hard core conversation with her,” she told co-star Kyle Richards, 52, while also grilling Erika at a dinner party. “I’m going to say, I’m not buying it!” After questioning if her divorce was even legit, she told Kyle, “It looks fishy!” Sutton proceeded to announce that she read the entire article and encouraged everyone to do so and after pressing Erika, asked if she wanted to talk to her further, Erika stated, “I don’t. I only have enough capacity for the things that really matter, and your opinion of me does not matter.”

The Sept. 1 episode, which was only part one of this heated party, ended with Erika getting heated and pointing her finger in Sutton’s face. “You have a lot of fuc*ing nerve,” Erika told a calm Sutton. “Don’t talk to me like that, seriously,” Sutton replied. “Or what? Or what?” Erika sternly said to her. “Or nothing,” Sutton responded casually. “Right, exactly, so shut the fuc* up,” Erika angrily added.

While Erika has not shied away from sharing things about the case this season, she’s maintained her innocence in not knowing about Tom’s alleged mishandling of the funds. However, she has been questioned multiple times by the ladies, especially Sutton, about her stories to the ladies.

Even wife Dorit Kemsley, 45, told Erika at the same dinner party, “Every time an article is written about you, our names are dragged into it and you know it,” so the move isn’t a huge surprise as all of the ladies sound a bit on edge with the entire legal situation. Our source made it clear she’s not feeling threatened or seriously afraid, but we’ve learned she felt strongly enough about the accusations and working with the XXXPENSIVE To Be Me singer that she wanted to feel as safe as possible. “The whole thing frightened her,” our source added.

The Real Housewives of Beverly Hills airs Wednesday nights at 8pm on Bravo.