More than a year after Kelly Clarkson split from Brandon Blackstock, a judge has ruled that the ‘Stronger’ singer’s ‘martial status’ will be dissolved and she will be legally ‘single.’

Kelly Clarkson is single again! Kelly, 39, and her lawyer filed a motion in July, requesting a separate trial to terminate her marital status while she and Brandon Blackstock finalized their divorce. In documents obtained by HollywoodLife, the judge signed off, ruling that “judgment of dissolution is entered. Marital or domestic partnership status is terminated and the parties are restored to the status of single persons.” The judge ruled that the partnership will come to an end on January 7, 2022. In the meantime, there’s still a lot more work to be done.

The new documents also gave a quick rundown of Brandon, 44, and Kelly’s story: the two wed in October 2013; they had two kids — River Rose Blackstock in 2014 and Remington Alexander Blackstock in 2016; and split in 2020. In July, Kelly filed papers requesting that a judge declare her “legally divorced” from Brandon while working out their finer details. Brandon initially sought  $436,000 in monthly spousal and child support (which – if you do the math – equals roughly $5.2 million per year) before a LA County Court ruled Kelly had to temporarily pay Brandon nearly $200,000 a month. That figure included $45k in child support and $150k in spousal support. 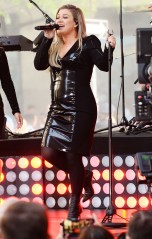 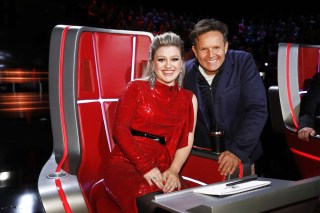 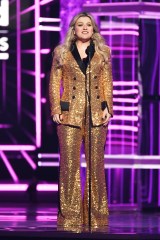 “This could seemingly be a ‘win’ for Kelly. family law attorney Sabrina Shaheen Cronin, a managing partner of The Cronin Law Firm, explained to HollywoodLife EXCLUSIVELY. “Blackstock originally filed a request for spousal support of $301,000 per month as well as his original demand of $135,000 in child support. While Kelly can appeal the ruling, she may not want to.” Sabrina explained that the amount is deduced on both parents’ incomes and that Kelly will “most likely simply cut her losses and move on.”

In August, Kelly – whose legal name is Kelly Blackstock – filed papers to legally restore her last name. She also reportedly asked the docs for default judgment, which would effectively finalize the divorce. She also scored a couple of big wins that month: she won’t have to pay for Brandon’s $81k-a-month Ranch in Montana; she was awarded primary physical custody of her kids; and a judge ruled that her prenup agreement will be upheld. This prenup segregates all of Kelly’s assets and income she accumulated over the past seven years from the fortune she made before she and Brandon got married.