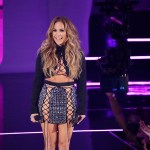 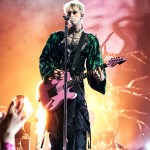 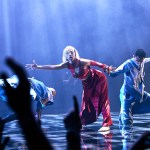 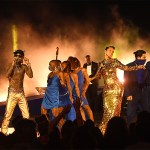 Tomoe ‘Beasty’ Carr took home the top prize at Red Bull’s ‘Dance Your Style’ qualifier in Boston, just days before dancing with Alicia Keys and Swae Lee at the VMAs.

Tomoe ‘Beasty’ Carr may be a relative newcomer on the street dancing scene, but the 20-year-old proved she certainly has what it takes when she won the Red Bull Dance Your Style qualifier in Boston. She took home the top prize at the September 10 event, which saw the region’s best street dancers go head-to-head in battles spanning hip hop, house, locking, popping, and breaking. Beasty opened up in an exclusive interview with HollywoodLife about beating several more experienced competitors, and heading to the national final in Washington D.C.

“For me, it’s always been about the dance community,” she said. “A lot of the OGs in the community are my uncles and aunts. So for me, it’s like, ‘I’m just gonna go against my family member’. It’s fun [and] never really stressful for me.” The New Yorker, who spent 10 years training in Japan at Next Generation Studio, emphasized the importance of having fun while dancing. “Leveling up amongst the greatest,” she captioned an Instagram post. “No other way to explain this feeling. I had the opportunity to battle against so many dancers … I had so much fun on that floor with you all, just the overall energy in the room is something to cherish. See you guys at Nationals in Washington.”

Just a few days after her big win, Beasty was on stage with Alicia Keys and Swae Lee at the 2021 MTV Video Music Awards. She joined the duo for their debut performance of their new collab, “LALA (Unlocked)” at the September 12 awards show. “That was crazy, especially because it was my first VMAs. It was just so cool to see how things are set up when you’re not watching the TV,” she told HL, noting that the “Empire State of Mind” singer was “very cool.” Beasty continued, “She was just relatable [and] Swae Lee was cool, we were just chatting. They were very nice people, and very down to earth.” 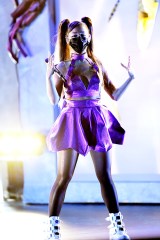 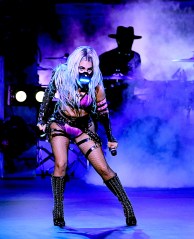 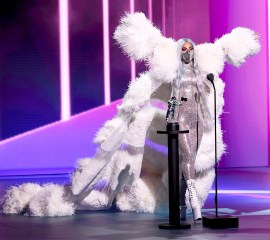 At Red Bull’s Dance Your Style competition, Beasty went up against the likes of Virgil “Lil O” Gadson. The Philadelphia-based dancer has appeared on America’s Got Talent, MTV‘s America’s Best Dance Crew and So You Think You Can Dance. He has also performed alongside artists like Janet Jackson, Travis Scott and Sam Smith, and appeared on Broadway in After Dark. “I would love to be back on Broadway, maybe as a choreographer or director,” he told HL exclusively.

When it comes to the future of street dancing, Lil O said performers deserve to be front and center. “Breakdancing is about to be in the Olympics! For freestylers and street dancers, we’re going to be the artists. We don’t want to be the background dancers, that’s not us, we want to be in the forefront,” he said. “We want to be looked at as artists and creatives.”