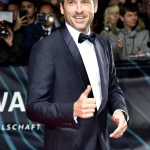 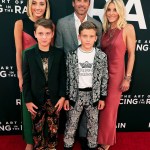 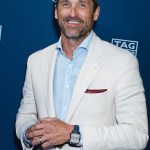 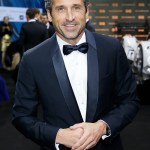 A new tell-all book about the history of smash hit series ‘Grey’s Anatomy’ claims Patrick Dempsey ‘terrorized’ the cast and crew. HL has EXCLUSIVE details from the author, who gave insight on Patrick’s exit.

Grey’s Anatomy fans were heartbroken after Patrick Dempsey‘s character Derek “McDreamy” Shepherd was killed off in season 11 of the show. However, a new book titled, How to Save a Life: The Inside Story of Grey’s Anatomy, claims the A-lister’s exit from the series came amid “HR issues” that weren’t “sexual in any way” but did involve him “terrorizing the set” of the ABC medical drama. A representative for Patrick Dempsey did not immediately respond to HollywoodLife‘s request for comment.

Executive producer James D. Parriott told Lynette Rice, the author of the unauthorized book, that Grey’s creator Shonda Rhimes “needed an OG to come in as sort of a showrunner for fourteen episodes,” which is what brought him back to the series to help with Patrick’s final days on set. “There were HR issues. It wasn’t sexual in any way. He sort of was terrorizing the set. Some cast members had all sorts of PTSD with him,” he says in an excerpt from the book, published by The Hollywood Reporter.

“He had this hold on the set where he knew he could stop production and scare people. The network and studio came down and we had sessions with them. I think he was just done with the show. He didn’t like the inconvenience of coming in every day and working. He and Shonda were at each other’s throats.” Patrick is also quoted as saying, “It’s ten months, fifteen hours a day. You never know your schedule, so your kid asks you, ‘What are you doing on Monday?’ And you go, ‘I don’t know,’ because I don’t know my schedule.” 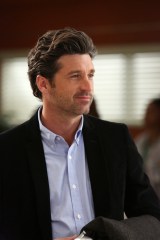 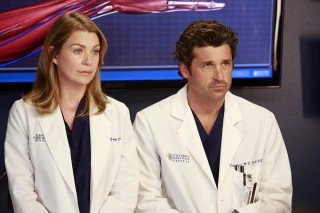 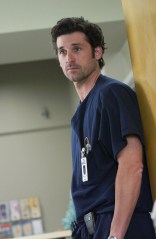 The A-lister continued, “Doing that for eleven years is challenging. But you have to be grateful, because you’re well-compensated, so you can’t really complain because you don’t really have a right. You don’t have control over your schedule. So, you have to just be flexible.” Another producer, Jeannine Renshaw, said the “final straw” was when Shonda Rhimes “finally witnessed” his alleged behavior.

“Shonda had to say to the network, ‘If he doesn’t go, I go.’ Nobody wanted him to leave, because he was the show. Him and Ellen Pompeo. Patrick is a sweetheart. It messes you up, this business.” Patrick ultimately departed the show in 2015, after his character was killed in a car crash. However, he recently returned to the series to appear in a dream sequence with his TV wife, Dr. Meredith Grey.

HollywoodLife spoke EXCLUSIVELY with Lynette about Derek’s exit and what she believes happened between Ellen and Patrick before he was killed off in season 11. “I have to believe that Ellen and Patrick had some sort of come-to-Jesus discussion before Ellen agreed that it was a good business decision to have him return to the show last season. And what a smart decision on her part; even if she has any unresolved feelings over their long and complicated relationship, her eye was on the greater goal – what’s best for the show. That’s why she deserves to be the highest-paid actress in TV,” Lynette told HollywoodLife.

Lynette revealed that since her book was published, she’s “had some stans reach out in disbelief over how he ‘terrorized’ the set. The dude was obviously miserable, and he made life miserable for those around him. I’m glad though that Shonda made the decision to kill him off – which really has no bearing on what kind of man the actor was. The only way for this perfect marriage to end was to kill off the man. It would have felt unreasonable and unbelievable if those two divorced. As sad as it was to experience, my God it was such great television. It truly immortalized Derek, and it created a fresh new chapter for Meredith.” Grey’s Anatomy returns for season 18 on September 30.