The ‘Hands to Myself’ singer showed off her new helix piercing in a TokTok video shared by two of her friends.

Selena Gomez, 29, ended up at a body piercing shop during a recent night out with friends — and she didn’t leave without getting a new accessory. The Rare Beauty founder’s outing was captured in a Sept. 14 TikTok video shared by her pals Avery Tucker and Harmony Tividad via their account GirlPool, and if the footage proves anything, it’s that it was a wild night for Selena and friends. The group initially was bound for a Build-A-Bear shop inside the mall, but things didn’t go as planned and they soon ended up at a piercing shop, where Selena got a new ear piercing.

Selena could first been seen in the footage at around the 36 second mark of the minute-long video. She was dressed in a stylish dress and pink mask as she chatted with a piercing shop employee and one of her male friends, who looked to be interested in getting a piercing on his belly button. The video then transitioned to the “Sober” singer seated in a chair getting a piercing on her left ear. Afterwards, Selena snapped a selfie with the employee.

As Selena and her friends exited the shop, the superstar briefly showed off her new piercing to the camera. “Got something right here,” Selena said as she pulled back her hair to give fans a look at the silver helix piercing. Talk about a wild night! 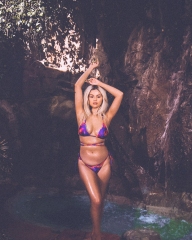 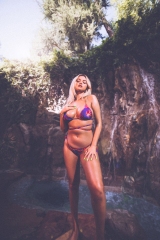 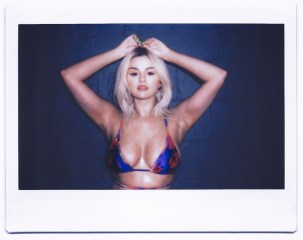 Selena has gone through some major appearance changes as of late. Back in April, the Only Murders in the Building star shocked her fans when she altered her hair for new blonde locks. While Selena has since reverted back to her brunette hairdo, she did say on the September 7 episode of Vogue’s Beauty Secrets that she “had the best time” when she went blonde.

“I think I’m definitely more of a character when I’m blond,” Selena revealed. “I felt like I could do crazy things with my hair or try new looks with my makeup. It was just so much fun. I think that for a little bit it was hard to keep up with but … I felt so cool and edgy.”